"We need that $100 million of investment as a profession, but on the same token, they’re investing $100 million and there’s legislation that brings back double-dipping, which is a wage regressive tactic," said Shaun Willoughby, the president of the Albuquerque Police Officers’ Association.

Willoughby said the state needs more officers, but spending should be strategic. He said bringing back "double-dipping," or incentivizing retired police to return to work, is shortsighted.

"Unless we start thinking outside the box, we’re going to be – it’s going to be the waste of $100 million," Willoughby said.

Willoughby said in order to compete with neighboring states, which already pay officers more, boosting benefits for things like health care after retirement could be a way to attract officers for the long run. 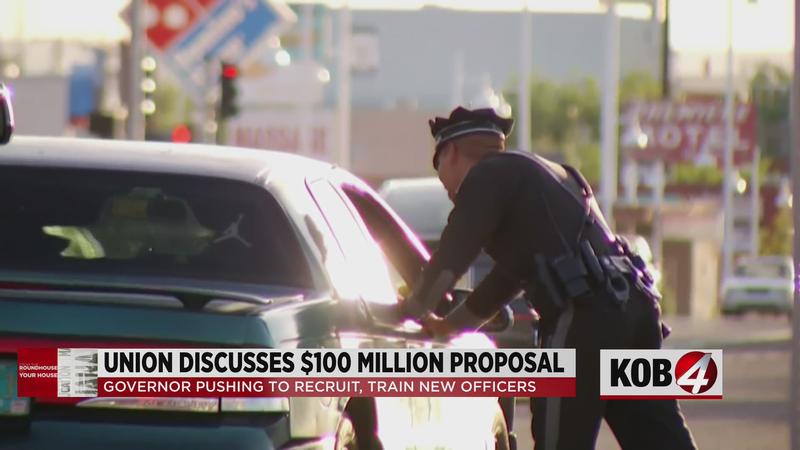 "These young men and women are smart, they have Google, they know what communities support police and what don’t," he said. "Let’s put forth an effort to try and make sure that we’re solving this problem for the future of New Mexico, not just so that you have a political talking point and get good polling numbers because you’re running an election," he said.