ALBUQUERQUE, N.M. – Today marks thirteen years since the remains of eleven women and an unborn baby were unearthed on the West Mesa.

Who killed those women and buried their bodies remains a mystery – but investigators still hope someone will help them break the case.

“This story really begins way back in the early 2000s, when women started to go missing and never turning up again,” said Liz Thomson, a cold case investigator. “They had been killed and buried on the West Mesa of Albuquerque, along with the unborn child of one.”

The bodies of eleven women were uncovered in 2009 and investigators believe they were victims of a serial killer. Thomson is among those working to figure out who that killer is.

“We believe the burying the women’s bodies is key. The person responsible had the means and the know how, to not only navigate a then remote, and barely accessible area of the West Mesa, but to also methodically dig and then bury the women without clues such as clothing, personal items, or the method of killing, such as bullets, bullet casings, or remarkable blunt force trauma,” said Thomson.

Investigators say they regularly receive tips and each is investigated. Just last year, a search was conducted after investigators received a tip about a possible burial site.

“It did involve some digging, unfortunately, we did not find anything that provided us with any answers,” Thomson said.

There is some concern construction may have covered some burial sites.

“We, of course, do have that concern, and we hope that if there’s someone out there who’s hearing this and knows that during the construction of homes, or their particular home, something suspicious was found but wasn’t brought to the attention of the authorities, we would like those people to still come forward,” said Thomson.

Investigators remain hopeful someone will come forward with information that will break the case. A $100,000 reward is being offered for information that leads to a successful arrest and prosecution. If you know anything about this case, call Crime Stoppers. 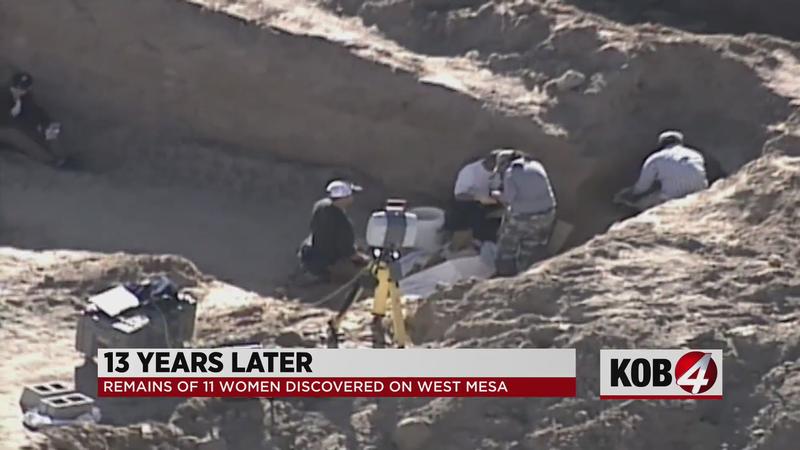