ALBUQUERQUE, N.M. — A 16-year-old who allegedly killed his own mother while high on LSD will stay in jail until trial, a judge ruled Wednesday.

During the early morning on May 12, APD said 41-year-old Sara Gallegos was stabbed 11 times by her son, Michael Gallegos.

Audio of the killing was captured while Michael was playing video games, and was played during his virtual court hearing.

"He’s saying he’s going to go wake up his mom. The other two boys are saying don’t do that. That’s not smart. It’s late. And then you hear some screams, kind of some screams and I believe that’s the mom. You hear Michael yelling. You hear him at one point saying there’s a lot of blood, and there’s just kind of a yell. It’s not really a word, it’s just a yell,” said APD Detective Michael Luna.

Shortly afterwards, a detective said a voice is heard saying, “What did you do?” Police said they believe that was Michael’s nine-year-old sister who walked in on her older brother stabbing their mom. 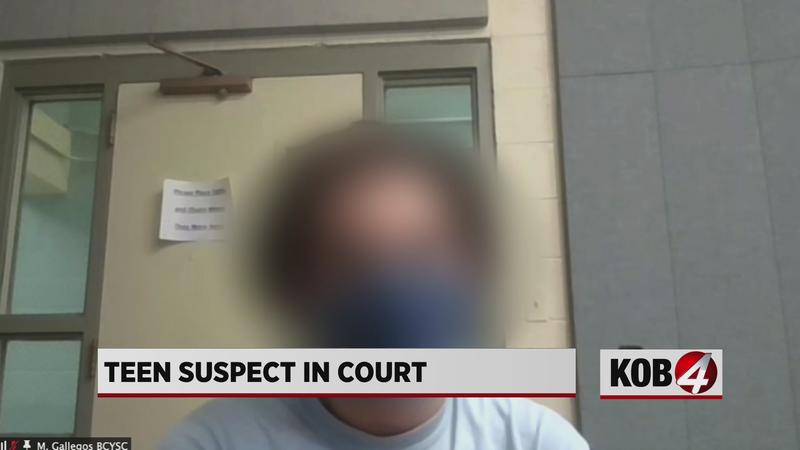 An autopsy report showed that the fatal blow that killed Sara Gallegos was a stab wound in her mouth that cut her tongue and knocked loose some teeth, causing her to drown in her own blood.

The detective said Michael Gallegos was fake yawning and appeared bored when they told him his mother was dead while he was being arrested.

The defense asked if his reaction may have been the result of him coming down from his LSD high, but ultimately, a judge ruled to keep him locked up.