ALBUQUERQUE, N.M. – Another driver blew through a sobriety checkpoint in Albuquerque, making it the second weekend in a row that that’s happened.

18-years-old, Alfredo Gael Sotelo Chavira is now facing some serious felony charges of aggravated DWI, aggravated fleeing an officer and negligent use of a deadly weapon.

According to a criminal complaint – Chavira sped away from a sobriety checkpoint at Central and Sunset Saturday night after a police officer asked Chavira to put his truck into park and get out.

The complaint states officers at the checkpoint used stop sticks to pop at least one of the trucks tires, but Chavira kept going before crashing into two other vehicles about a mile and a half down Central near Coors.

According to the complaint, “a 22 caliber rifle and 19 rounds of ammunition were located in the vehicle by officers."

According to jail records — since Friday, 21 people in Bernalillo County have been charged with drunk driving. With three others at the same sobriety checkpoint on Central. 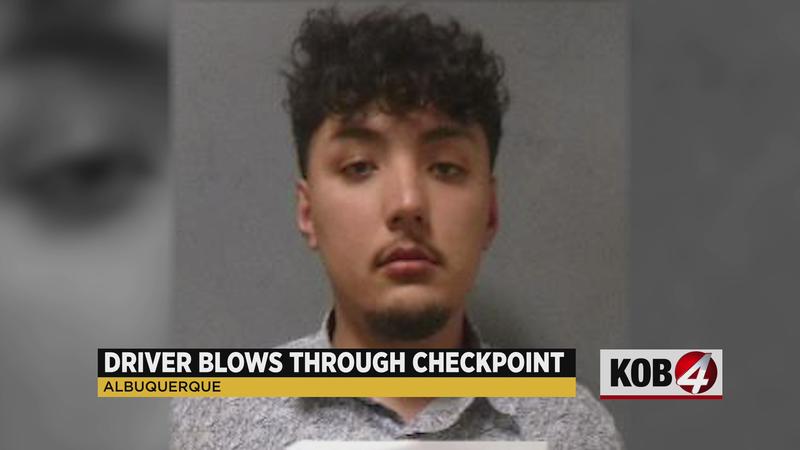