BELEN, N.M.- Two Belen police officers are out of job following years-long investigations into accusations of excessive force. However, the KOB 4 Investigates team has learned during that time both officers received promotions despite pending disciplinary actions by the New Mexico Law Enforcement Academy Board, which has the authority to revoke an officer’s certification to be a cop.

In March 2019, then-Belen officer Scott Gordon picked up a man on suspicion of disorderly conduct. The man was handcuffed, booked and taken to a holding cell where he was slammed to the ground face first. The suspect’s head was split wide open and paramedics were called.

According to the misconduct report filed with the state, Officer Gordon violated Belen’s use-of-force policy and also lied. 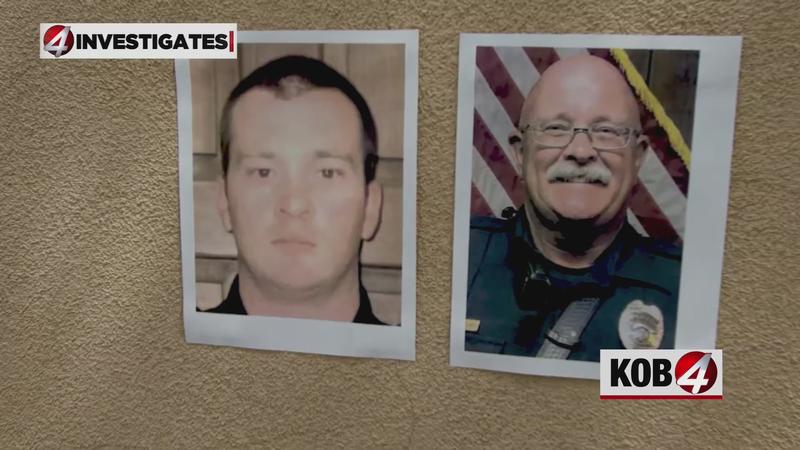 In a separate incident that year, Officer Ed von Kutzleben responded to a call about a fight. Body-worn camera footage shows the officer tackling the woman, who had not been identified as a suspect. In a report filed by the state in February 2020, it was found that the officer used "unreasonable force" and that he had a "great deficiency in his knowledge of the Constitution, specifically the 4th Amendment", which protects against illegal search and seizure.

Belen Police Chief James Harris took office after the 2019 events occurred. However, he told the 4 Investigates team that he believes the actions of those officers were inappropriate.

While Chief Harris assumed his leadership position nearly a year after the two misconduct cases, both Officer Gordon and Officer von Kutzleben were promoted on his watch. The promotions were approved despite the state’s ongoing investigations into their behavior.

However, those misconduct cases had not been dismissed. In fact, both officers were on their way to losing their state law enforcement certifications.

4 Investigator Nathan O’Neal : "It doesn’t’ look good to see two officers who are under investigation for misconduct at the state level being promoted…"

Chief Harris: "Correct. Yes, I would definitely see the point of the citizens on that… However, we have things that have been backdated, backlogged and in that system for an extending period of time. Therefore, it’s difficult for us to be able to hold them accountable."

Chief Harris also points to current department and city policies that he says limit what he can consider when promoting officers.

"If they have received disciplinary action on the department level, which they had, then we can’t use something that may happen against them for promotional purposes," said Chief Harris.

However, both Gordon and von Kutzleben remained employed, that is until the state delivered its finding on the matter nearly two years later. In fact, von Kutzleben was forced to resign the day before the KOB 4 Investigates team’s scheduled interview with the police chief.

ACLU New Mexico executive director Peter Simonson says the handling of these misconduct cases in Belen is indicative of problems at police departments across the country.

4 Investigator Nathan O’Neal: "In talking to the [Belen] police chief… he was not aware that those officers’ licenses were up for disciplinary action. Is that something that the police chief should be aware of?

However, since Chief Harris took charge at the Belen Police Department, he says he hasn’t had a single new misconduct case cross his desk.

"I have absolute confidence in this department," said Chief Harris.

Chief Harris says he is also working to update the promotion policies for his department. He did not provide a copy of the new proposal because he says it’s still under review by city attorneys. He expects the City Council to take up the issue sometime next month.