Ja’Calvin Newsom was invited to play in the Blue Gray All-American game at AT&T Stadium in Dallas.

"It’s never happened here before," said West Mesa football coach Anthony Ansotigue. "We haven’t had anybody that’s been nominated for this all-star game. I told him that we would do our part to try and get him there."

Participation in the game comes at a cost, and Ja’Calvin’s family was having trouble coming up with the money. 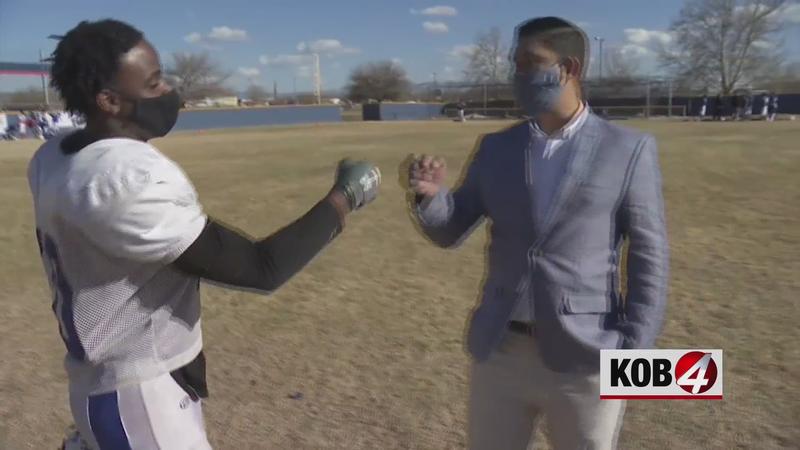 The community chipped in, but the goal was still not reached, so Ansotigue nominated Ja’Calvin for Pay it 4ward.

KOB 4’s Brandon Ortega showed up to a football practice with $400 for Ja’Calvin.

"Thank you so much," a surprised Ja’Calvin said.

But the surprise wasn’t over.

"So we came across your GoFundMe page," said Richard Trujillo, a graduate of West Mesa. "I took it to my boss, and we all wanted to help out, so on behalf of Indigo Mortgage and Ben Lucero, we’re going to match KOB 4’s, and we have a check for $400 for you as well."

After receiving $800, there was still one more surprise from Ja’Calvin’s employer, Dion’s.

"Dion’s found out about it through a lot of people," Ansotigue said. "Dion’s has decided to chip in $400 as well."