SANDOVAL COUNTY, N.M. – A deadly trailer fire claimed the lives of two New Mexicans overnight. Their trailer was found engulfed in flames northwest of Rio Rancho near the intersection of Hidalgo Road NW and Northern Boulevard.

As the temperatures continue to drop this winter, local fire departments say they are seeing more fires, and unfortunately a lot of recent fires have been deadly.

It was a gruesome discovery early Sunday morning in Sandoval County. Crews found 2 bodies inside what was left of a trailer.

The State Fire Marshals and Sandoval County Sheriff’s office have taken over the investigation as to how this happened.

"At this moment it is still under investigation we have a lot of information to go through to determine the cause at this time," Vigil said over the phone Sunday night.

Earlier this week, Tom Ruiz with Albuquerque Fire Rescue sat down with KOB 4’s Brittany Costello. He says his team has seen more than 40 structure fires since the beginning of November.

“What we see in town is the fact that people are using unconventional methods to keep themselves warm, whether that is outside or as we’ve seen before some abandon structures that people utilizing in order to stay warm,” AFR Spokesman Tom Ruiz said on Eye On New Mexico.

Just last week, Wells Park warehouse was considered a total loss because of a fire. And just a few days earlier, two kids died in a house fire in Española.

“We want to remind folks of there is a fire in your house you should get out stay out that is incredibly important to remember,” Ruiz said.

Now crews are especially concerned as they’ve had so many fire calls and the coldest part of the year hasn’t hit yet. 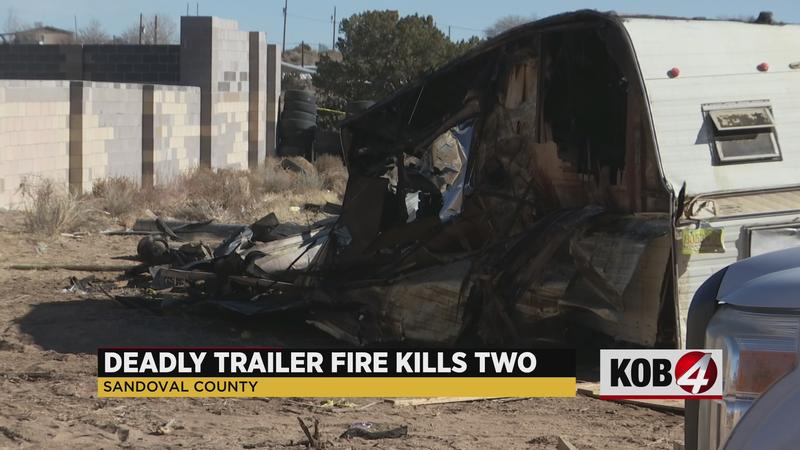