ALBUQUERQUE, N.M. – Russian forces are intensifying their attack on Ukraine. Supermarkets are out of food and thousands are fleeing to neighboring countries.

Rollin Jones, a Santa Fe firefighter, and Christopher Hammond, a northern New Mexico emergency room doctor, will both head to Ukraine Thursday to team up with a humanitarian rescue organization called the Humanitarian Aid and Rescue Project.

“No joke, I’m super scared. Like, I’m definitely nervous about this, this is different than anything I’ve done,” said Jones.

The Humanitarian Aid and Rescue Project, a group of highly trained emergency responders, goes to places others don’t want to. This time with one goal – to help save and transport people who are trapped in Ukraine.

“We’re getting contacted by orphanages, by medical places. There’s an overwhelming need for what we’re going to be doing. That’s what we’re doing,” said Jones.

Both Hammond and Jones served in other humanitarian efforts in Mosul, Iraq. Jones also served in Bangladesh, but this is a whole new challenge.

“A lot of them don’t have food, water. They’re pretty seriously injured, so we have to get to them pretty quickly and get them out of there,” said Jones.

Once they leave for Ukraine Thursday, they are not sure how long they will be out there. They say they need all the help they can get to fund this effort.

If you’re interested, you can donate via the Humanitarian Aid and Rescue Project’s website, where your donations will be used for supplies the team uses on the ground. 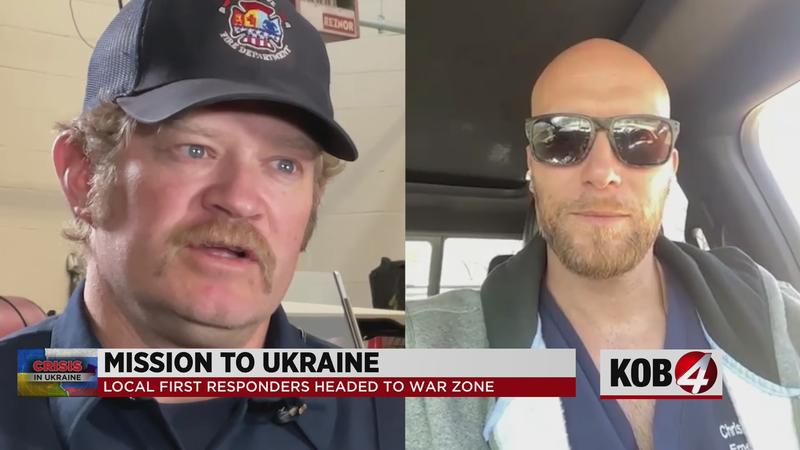