"I don’t know why, but it seems like, you know, when you come across anniversaries, you start having feelings you haven’t felt in awhile," said Elaine Maestas, Lucero’s sister.

Lucero was shot and killed by Bernalillo County deputies in 2019. Maestas protested and fought for police accountability measures because when her sister was killed – deputies were not required to wear cameras.

Deputies said they tried to tase Lucero when she rushed them with a knife. Two years later, Maestas still questions that version of events.

Maestas has reviewed a 252-page multi-agency task force report and points to discrepancies. For example, an eyewitness account about the knife. 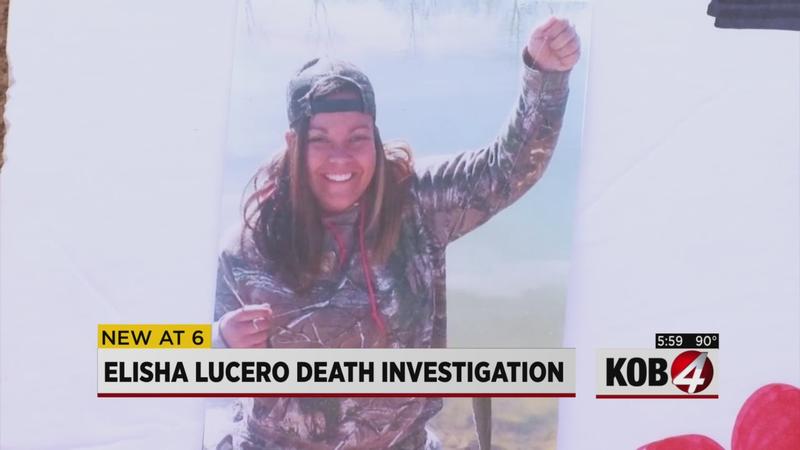 "So, I’m looking and trying to find her hands and I couldn’t find her hands, I couldn’t see the knife, and that bothered me the most. ‘Cause I was like, where did that knife go?" Maestas said.

There is also a log that shows a shots fired call went out at 12:54 a.m. – and the Taser was not activated until nearly nine minutes later, at 1:30 a.m.

"So we have alarming evidence that proves that this crime scene was tampered with," Maestas said.

But a statement from a BCSO spokesperson offered an explanation: "Tasers do not calibrate time via cell tower or internet and do not reflect 100% accurate time stamps 100% of the time."

BCSO also noted that the notion that something in the investigation was covered up is a "falsehood."

The report also shows that Lucero had marijuana, meth and oxycodone in her system. Maestas said Lucero was self-medicating after her doctors said they couldn’t help her with a brain tumor.

Attorney General Hector Balderas is still investigating her death. He said he is working with experts and Lucero’s family, and they anticipate the investigation will conclude soon.

Here is the full statement BCSO provided to KOB 4:

We have conducted a fresh review of the case file data in response to your question.

As far as the time stamp on the Taser log: The internal clock of a Taser is just that, internal- similar to that of a wristwatch, an analog clock on the wall. Tasers do not calibrate time via cell tower or internet and do not reflect 100% accurate time stamps 100% of the time.

This incident, like all Deputy involved shootings, was investigated by a multijurisdictional shooting investigations team and we stand by their work. The notion that something in the investigation of this incident was “covered up” is a falsehood.