ALBUQUERQUE, N.M.- David Montgomery is not a movie star. But, his house kind of is.

"You know, it’s a good conversation starter," Montgomery said about his Albuquerque home that has been featured in two films, a TV series and a promotional video. "What they were here for was to mostly do some scenes inside."

Most recently, his downtown Albuquerque home was featured in the comedy Barb and Star Go to Vista Del Mar, featuring former Saturday Night Live star Kristen Wiig. But, that was before the pandemic, which stopped all filming statewide.

However, filming is returning.

"We’ve also seen an influx as the new year has come around," said Karen Criswell, Albuquerque Film Liaison. "Smaller independent features and short films and commercial and even some new emerging media projects. So, to me, that means that the full ecosystem now of the entertainment industry is starting to come back online." 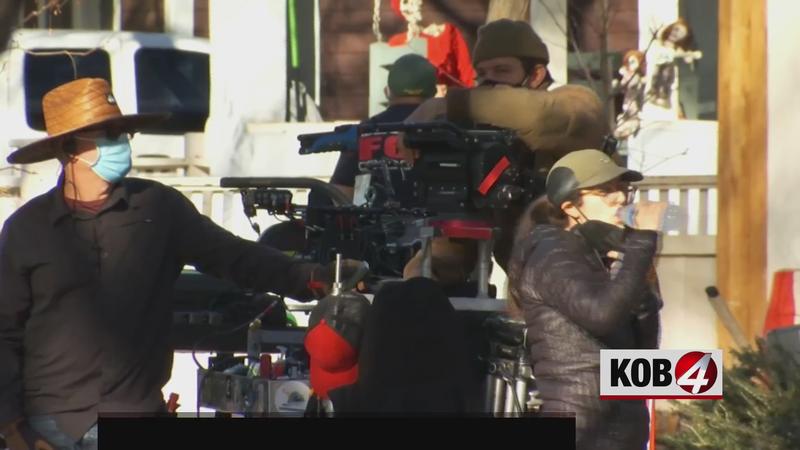 Criswell has had the job with the city for almost one year, and said much of last year was spent improving technology and getting internal processes ready for this moment.

According to the New Mexico Film Office, there are 20 productions ongoing statewide– in varying stages. That’s 20 more than this time last year. The state’s film office said there is a "deep pipeline of projects," scheduled throughout 2021 and expects productions to increase as Netflix expansion continues.

Even with the pandemic’s economic consequences, the state’s film office said in the Fiscal Year 2020 the film industry provided the state with $275 million in direct spending.

Money spent on all the things to create movie magic, like using someone’s house.