2022 legislative session: What to expect

SANTA FE, N.M. – The clock is ticking toward what could be a transformative legislative session for New Mexico. From the budget to sweeping reforms for public safety, much is at stake in the 30-day session that begins Jan 18.

The main goal of the 30-day session is to pass the budget, but Gov. Michelle Lujan Grisham also gets to lay out her own priorities – she’s told KOB 4 she wants the legislature to focus on public safety, tax cuts, voting rights, and raises for teachers.

"How about $100 million for 1,000 more officers if you want public safety to be a priority, make it a priority,” said Lujan Grisham.

"If you’re a violent offender, you’re staying in jail unless you can rebut the presumption you should. So we’re going to turn it over, no discretion, that’s how it’s going to be because, without that clarity, it is clear that the other efforts we have made do not appear to be enough. I want more," Lujan Grisham said.

The governor also says she wants tax cuts, a 0.25% cut to the state’s gross receipt tax rate that could save New Mexicans $170 million a year.

Multiple Democratic leaders are pushing for an expansion of voting rights in New Mexico. It’s something Secretary of State Maggie Toulouse Oliver supports.

"So this bill will do a number of things to expand access to the ballot box, to protect and expand access for our Native voters and our rural voters across the state. As well as continuing to modernize and improve our elections so they can be more secure," said Toulouse Oliver.

Also on the table — a 7% raise and increasing base pay for all new teachers. However, those who work in our schools say that’s not enough.

“She is asking for a 7% raise we feel like a 10% raise is what is needed, the teacher shortage is completely unsustainable and we need to do something drastic and I don’t think 7% is well, it’s not going to do it frankly,” said Jenni St. Clair, special education teacher.

The work begins following the governor’s State of the State address Tuesday afternoon. 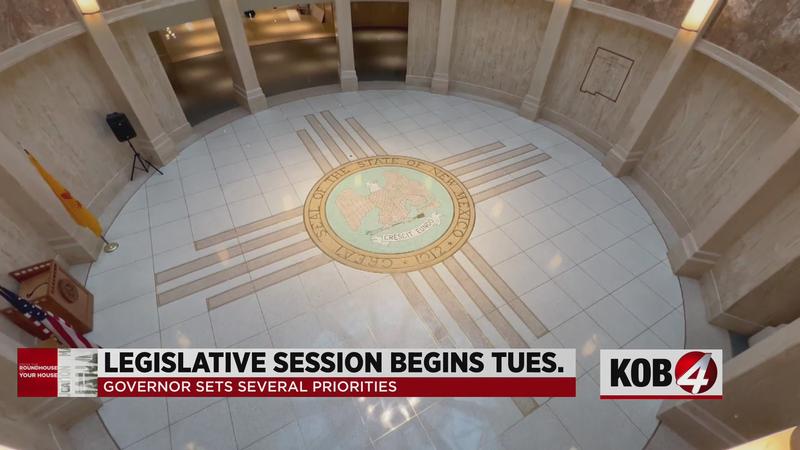