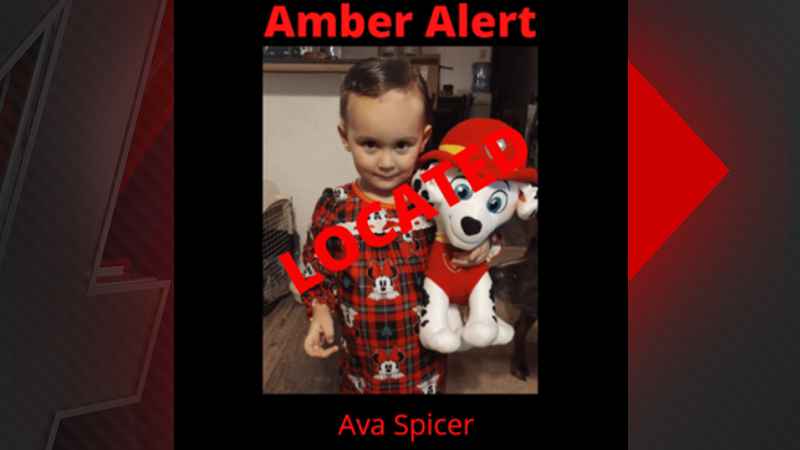 Police said Destinee Sweeney and her girlfriend got into a fight in the Walmart parking lot in Farmington, prompting the girlfriend to walk away from the vehicle for a few minutes. Sweeney then drove away with her girlfriend’s daughter, Ava.

After Spicer’s mother tried to persuade Sweeney to return Ava, she contacted Farmington police around 8:17 p.m.

Sweeney had reportedly made statements threatening the child’s safety, so state police issued an Amber Alert.

Through their investigation, officers discovered the child could be at a house on County Road 4029 in the Middle Mesa area of Navajo Lake.

Sweeney was found at that location with Ava and arrested around 2:19 a.m. She is charged with kidnapping and intimidation of a witness.