The rally returned in full throttle this year, and provided a much-needed boost to the local tourism industry after it was it hard during the pandemic.

“We were here last year, 2020, obviously not a whole lot was going on. We had to get everything to-go from the brewery, and so this is wildly different from what we experienced last year,” said Bryan Kelly, a visitor.

“One of the bars hasn’t been open in a year, they just opened up when we hit Turquoise a few weeks ago,” Ralph added.

Thousands of people came to check out one of the largest mass gatherings to take place since the pandemic hit.

While Red River was the main hub for the event, other communities also benefited. Dozens of bikers were seen at the Vietnam Veterans Memorial near Angel Fire, about an hour away.

“We’re originally from Hernandez, and we’re passing through on our way to Eagle Nest so we can visit the Veterans Memorial site in the honor of my uncles and his father,” said Velma Vigil, a visitor.

Visitors said the event was not only about coming back together, but to remember the service members who died in the line of duty.

“It’s just exciting, exciting to see people coming back to our town. I’m just so tickled that we made it through, we’re healthy and we’re happy, we’re vaccinated. I hope everybody here has been vaccinated, and we can go out and play again,” Ralph said. 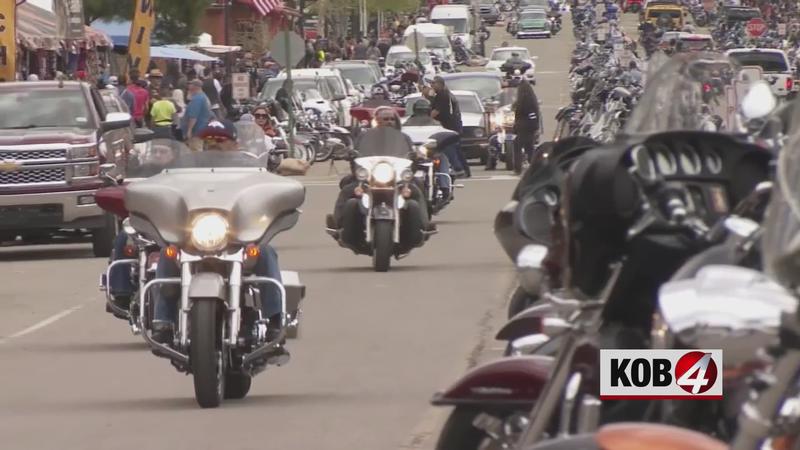