ROSWELL, N.M. – The City of Roswell is set to hold its municipal elections in March. Along with city council seats on the ballot, voters will be choosing between four candidates for mayor.

According to the city clerk’s office, four candidates will appear on the ballot in the non-partisan race set for March 1.

He said the city has experienced substantial progress during his eight years in office. This includes construction of new convention and recreational centers, and success in cleaning up city neighborhoods.

“What we are seeing in this community, I would argue, is a new spirit. A spirit of no more kicking the can down the road. We’re going to confront our issues, we are going to deal with them,” said Kintigh.

Jennings said he has the ability to bring together different groups to better Roswell.

“And I think I can provide that. I don’t care what party anybody is as far as political party. I am going to look at the best of all options out there and pick the best from them. And I believe that is the way all this has to work,” said Jennings.

After making an unsuccessful bid for a seat on the Roswell Independent School District, Guy Malone, an editor of a magazine on digital currency, is another candidate for mayor.

He says the city needs to shift away from marketing itself as the site of the 1947 alleged UFO crash.

"I am not so sure everybody here in Roswell, New Mexico is fond of the alien phenomenon or wants it as our core identity,” said Malone.

Instead, Malone wants to see the city focus more on promoting its other assets, including its thriving arts community. He also sees opportunities for economic development in Roswell in the area of digital currency.

KOB 4 was unable to contact the fourth candidate, Eva Tellez.

Early and absentee voting in the election for mayor and five city council seats begins Feb. 1. 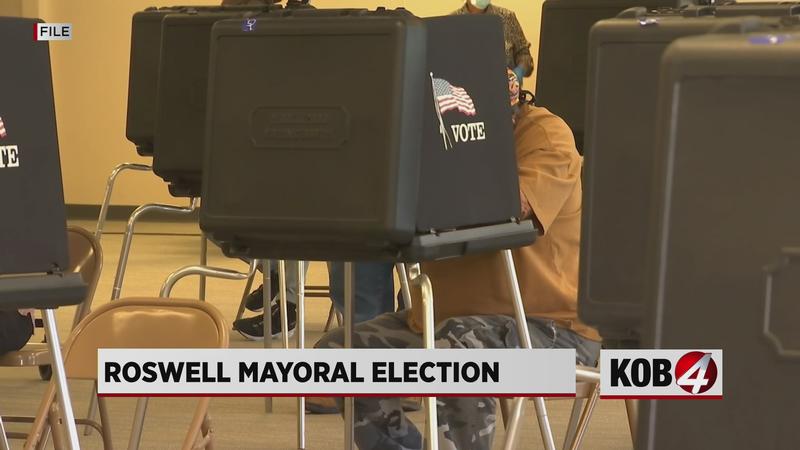