ALBUQUERQUE, N.M. — Two women have been murdered during separate, apparent robberies at massage businesses this year.

In January, two men ambushed Sihui Fang inside the Wonderful Massage near Menaul and San Pedro.

Then, in February, another woman was killed at the Canna Spa and Massage near Coors and Fortuna. Surveillance video inside the business shows a robber gathering items from inside an office, presumably after he killed her. APD has not released her name yet because they have not been able to track down her family in China.

In 2020, the New Mexico Legislature considered a bill that was designed to make massage businesses safer for customers and employees.

"I thought this industry needs support, it needs sunlight and it needs safety at the forefront," New Mexico Attorney General Hector Balderas said. "I thought not passing that bill was a real missed opportunity before." 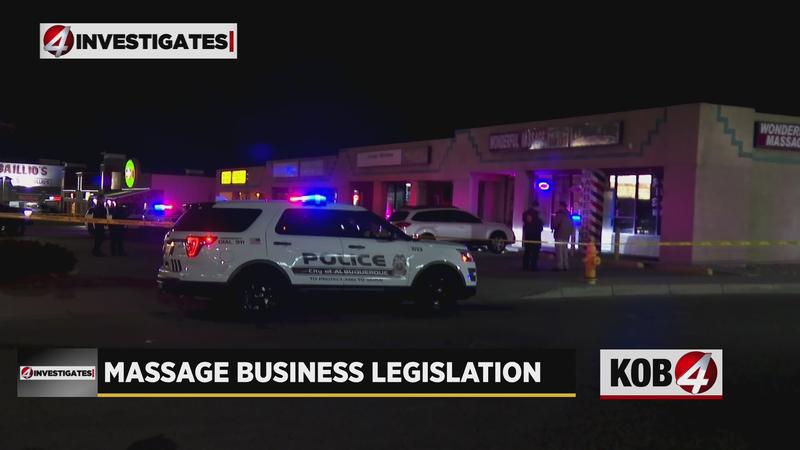 Balderas is referencing House Bill 155. It would have allowed state inspectors from the Regulation and Licensing Department to go inside massage businesses. Right now, the state can inspect nail, hair and tattoo shops – but not massage businesses.

HB 155 cleared one committee, but according to the bill’s sponsor – she pulled the bill after hundreds of massage therapists complained the bill went too far. Some massage therapists travel to homes or work in hospital settings and they felt the inspections were impractical. The bill died, as did the idea of inspecting curbside massage businesses.

"This is a real wake-up call in our community," Balderas said.