ALBUQUERQUE, N.M.-The Archdiocese of Santa Fe finds itself trying to protect its sanctuaries and schools, while at the same time working to raise funds to pay off about 300 claimants, many of whom have alleged sexual abuse by members of the Catholic clergy.

In 2018, the archdiocese filed for bankruptcy, in part, because it had fallen into financial ruin after decades of lawsuits, but church leaders also wanted protection from future waves of legal claims.

“For me personally, it was a challenge when you have a priest who you admire, a priest who you feel is that walking emblem of Jesus Christ on Earth take advantage of you,” said Isaac Casados, a survivor of clergy sex abuse and also one of the hundreds with a claim now tied up in the church’s bankruptcy proceedings.

The Archdiocese has an obligation right now to raise enough money to pay out all these claims, however it’s unknown exactly how much money needs be in that pot. There is evidence that before the archdiocese filed for bankruptcy, it shelled assets that essentially shrunk that pot available for survivors. 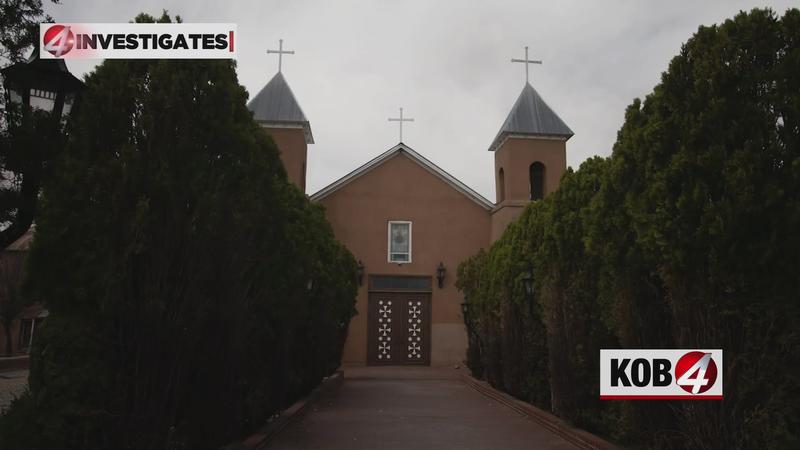 “The most surprising thing was that the archdiocese was using bankruptcy as a way to limit the amount of money that they paid out to victims,” Josh Saul, a reporter for Bloomberg News said. “They wanted it to be organized.”

Saul investigated the Archdiocese of Santa Fe and discovered it aggressively removed local parishes out of its financial controls. While each parish, on paper, is its own entity, Saul discovered they are still very much controlled by the archdiocesan hierarchy.

“When the Archdiocese of Santa Fe filed for bankruptcy, it said that it had about $50 million in assets, which is a lot of money, but to arrive at that figure, they moved or re-classified about $178 million – $180 million off of their balance sheets saying either that money belonged to its parishes, or that money belonged to the Catholic Foundation, or that money was in a Wells Fargo account that the Archdiocese controls, but doesn’t own,” Saul told the KOB 4 Investigates Team.

Those moves began about a decade ago. Christine Romero worked as a business manager for St. Anne’s Parish in Santa Fe from 2004-2016. She told KOB 4, she was instructed to incorporate the parish into its own organization registered with the state.

“In 2012, the archdiocese called us together and said that they wanted us to learn how to incorporate each of our parishes and then learn how to subsequently file our documents with the corporation’s commission every year. And so we did,” Romero said.

Romero believes she, and all local parish administrators, were protecting the church from the tidal wave of lawsuits that were coming in from survivors of clergy sexual abuse.

“If a priest in our parish offended, then our parish, alone, would be responsible for paying the victim,” Romero said. “It wouldn’t pull the whole archdiocese down, it would only pull that one parish down. So to me from a business perspective, it made sense.”

In bankruptcy paperwork, the Archdiocese of Santa Fe listed $57.4 million in real property belonging to “various parishes” as held or controlled by the archdiocese, but not owned. Public records also show the Catholic Foundation, a fundraising arm for the archdiocese, holds about $30 million in net assets, however, since the church claims it does not own those assets, neither the real property or the foundation money is available to liquidate for claimants.

“The language that the church uses is ‘control, but doesn’t own.’ So they say, ‘even though we have oversight and control over our parishes, the parishes’ money is not ours. So what means is that the archdiocese has a much smaller pot of money,” Saul said.
Evidence the church is fundraising

The efforts of protecting its parishes could be seen as the archdiocese trying to continue to function for New Mexico’s faithful, however bankruptcy filings do show an effort by the church to raise money. For example, the archdiocese sold the Westside Albuquerque home used as the Archbishop’s private residence, along with another home in Northeast Albuquerque.

The archdiocese recently asked the bankruptcy court for permission to auction off about 700 pieces of land across New Mexico that had either been donated to the church or had been held to build future parishes.

And in a recent letter to Saint Pius X High School parents, Archbishop John Wester warned the campus may be sold off. However, Archbishop Wester stated, “the Archdiocesan staff is investigating a number of possibilities to adequately monetize the campus so as to not have to list it on the open market.”

And in late 2020, in a series of cost-cutting measures, the archdiocese announced it laid off twenty employees and stopped publishing a magazine for Catholic parishioners.

What does the future hold?

The church is now in its third year of bankruptcy proceedings and it’s unclear when any of the survivors of abuse will get a payout or how much they will receive. In fact, the amount of money needed to adequately pay off its claimants remains a mystery.

While former employee Christine Romero remains a devout Catholic, she expects the Archdiocese of Santa Fe to fairly compensate the hundreds of people it victimized.

“When you work for the church, you see things that happen behind the scenes. And most Catholics only see from the Pew what’s happening at the pulpit,” Romero said.

“That is what the challenge is- it’s about finding restitution, finding security and knowing that we didn’t do anything wrong,” said survivor Isaac Casados. “The challenge remains holding the archdiocese responsible and rebuilding that foundation that we were never able to have as young kids. That’s a hard thing.”

The Archdiocese of Santa Fe didn’t respond to emails requesting comment for this story, but in the past, attorneys for the church have denied moving any assets before filing for bankruptcy.