THC extraction labs can be highly dangerous not only for legitimate companies but for people at home trying to illegally do it themselves.

For example, in April 2021, an explosion rocked an Albuquerque apartment after authorities say one man was critically injured when he used butane for an illegal marijuana extraction lab.

"What’s at stake is your safety and the safety of those around you," said Trishelle Kirk of Everest Apothecary, a medical cannabis company.

The company operates a licensed extraction lab where trained professionals use a highly scientific process to extract THC — the psychoactive chemical found in cannabis. 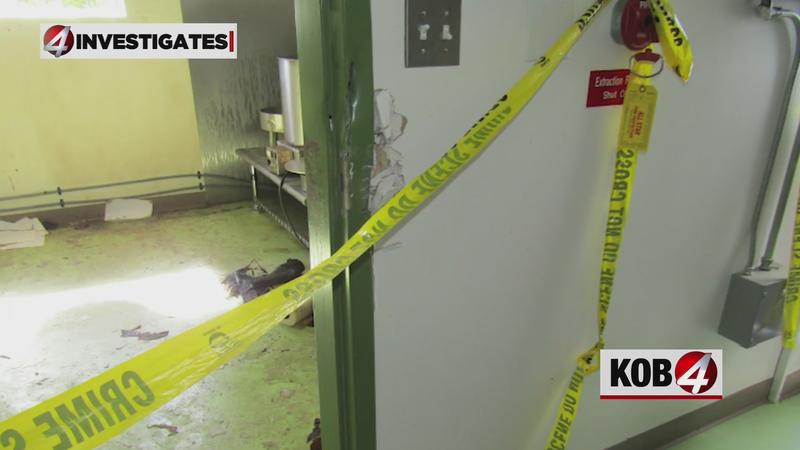 "It uses pressure, vacuums and heat to pull as much THC oil out as possible — and you need to have a very controlled lab environment to make sure that that process is conducted safely," said Kirk.

Extracts can be packaged in a variety of ways, from oils to vape pens to waxes.

However, a quick search online reveals countless videos of people attempting to make their own extracts on the cheap, often putting their own safety at risk.

Under the Cannabis Regulation Act, some forms of manufacturing extracts at home will be allowed.

"The reality is, it’s not changing from what it was under the medical program," said Linda Trujillo, superintendent of New Mexico’s Regulation and Licensing Department, which will oversee the state’s legal marijuana industry.

However, Trujillo says there will be strict limitations — banning the use of butane and similar substance for at-home extraction labs.

"You cannot, as a personal grower/producer, you cannot use those kinds of combustible materials to get extract out of cannabis," said Trujillo, adding later: "You can use non-combustible, non-volatile materials."

However, enforcement of that portion of the law will likely be tricky and expensive.

In a legislative fiscal impact report, the New Mexico Department of Public Safety expects cannabis legalization would result in "an increase in illegal THC extraction labs and growing operations." The report claims that would require more than $900,000 to hire "10 agents throughout the state to investigate those illegal operations."

It’s not only illegal at-home extraction labs that can prove problematic.

In 2015, Santa Fe-based cannabis company New MexiCann Natural Medicine experienced a dangerous mishap. In a flash, an explosion occurred after workers used butane to create marijuana extracts. Two workers were seriously injured and the company was cited for 12 workplace violations.

However, the trouble for New MexiCann didn’t end there. In October 2020, the facility experienced another explosion in the same room. Evidence photos obtained by the KOB 4 Investigates team document the bloody and charred aftermath when a malfunctioning door trapped workers inside.

Capt. Jimmy Vigil of the New Mexico State Fire Marshals described the scene at the time: "I mean it’s just a perfect mixture for disaster… They tried to come out that window, they can’t. Other employees have to forcibly break the secure door in there to get them out."

The owner of the business has since been charged with negligent arson and is accused of improperly switching out a hot plate that sparked the fire.

It’s problems like what happened at New MexiCann that cannabis industry leaders like Trishelle Kirk of Everest Apothecary want to avoid.

"With the additional scrutiny on the industry, it’s incredibly important that we do things the right way," said Kirk.

Kirk is hopeful that when recreational sales begin next year, New Mexicans will avoid do-it-yourself labs that risk their own safety and that licensed cannabis companies will follow the rules.

"We want an industry that’s an economic driver for New Mexico and the way we get that is by doing things the right way," said Kirk.