4 Investigates: Church vs. State – How one church is responding to the state’s public health order

ALBUQUERQUE, N.M. — There’s no question the pandemic and the government’s response to it are limiting individual freedoms for the sake of public health. Since the beginning, religious freedoms have been at the forefront.

Strict limits on mass gatherings and church capacities have drawn concern from religious groups and churches across New Mexico. However, one church is standing out among the rest in its response to all those rules.

Legacy Pastor Steve Smotherman spoke about the issue in the days following the controversial church service. 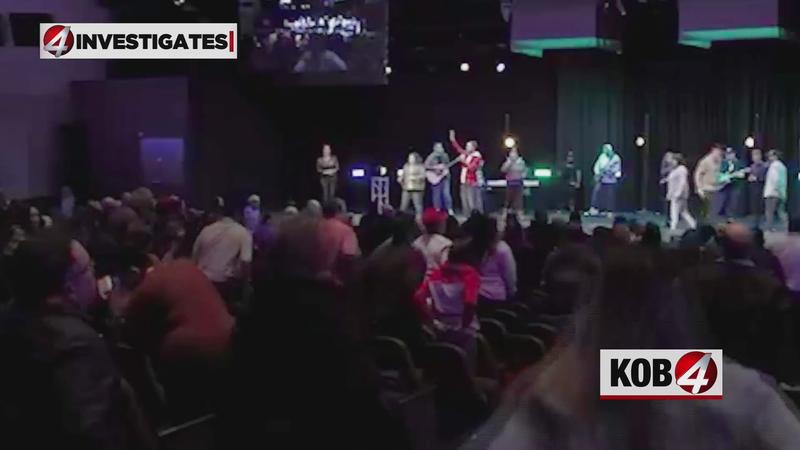 "They’re going to fine us, like Oh no’. Like, I could care less," said Smotherman in a Jan. 2 church service that was also live-streamed online.

On Jan. 3, Smotherman added: "I just want to make this very clear, we’re going to fight this. We’re not paying them a penny."

For many months, Legacy Church has labeled its church services as "peaceful protests," implying that they should be treated like other protests have been treated by the state. The "peaceful protest" language is found in signage outside church facilities and on its website.

In court documents, Legacy previously pointed to how state and local governments handled a string of protests last year.

In May 2020, thousands of New Mexicans marched in the streets of Albuquerque and across New Mexico for racial justice—protesting in mass gatherings despite the public health order.

In the days that followed, Gov. Michelle Lujan Grisham released a statement commending the protesters, saying in part: "The state of New Mexico will stand ready to assist local governments in facilitating peaceful protests…"

The question about whether protests should be subject to the public health order is a critical one. It was brought up in federal court when Legacy Church filed a lawsuit against the state last April.

Months later, Judge James Browning weighed in on the protest issue, writing that the governor’s comments "encourage activity that violate the Public Health Orders and her statement that New Mexico would facilitate protests creates a de facto exemption."

"He made the observation that Gov. Lujan Grisham may have made public statements that could be interpreted as encouraging people to violate the public health order… he didn’t rule that the governor made those statements, that’s simply something in his ruling that he observed," said Kastenberg.

Judge Browning also pointed out in his ruling that the state gave "outdoor religious gatherings the same treatment that Governor Lujan Grisham [had] extended to outdoor secular protests."

Over the last year, several groups were able to march and gather outdoors to protest the state’s public health order, including a religious protest in Belen in September.

"It certainly does not create the ability for anyone to violate the public health order simply because the governor’s statements may have been interpreted in that manner," said Kastenberg, adding later: "Simply by shifting title, you’re not creating greater rights. What your’e doing is giving something a different name.

Following Judge Brownings’ decision, Legacy Church filed a notice of appeal. In the meantime, Legacy is continuing with its "protest" label.

A spokesperson for the governor issued this recent statement: "Word games don’t change reality, nor do they have any effect on the virus, which continues to spread when given the opportunity – no matter what you call it. We all want the pandemic to be over, but it’s not. That’s reality."

Even so, Legacy Church has only been cited once by the state health department and the church plans to appeal the citation that led to $10,000 in fines.

*Pastor Smotherman would not agree to an interview with KOB 4 unless it was live, or unedited. While we did not agree to those conditions, we continue to offer Smothermon the invitation to speak with us in a traditional fashion.