SANTA FE, N.M. – As lawmakers get set to return to the Roundhouse in Santa Fe next January, criminal justice reform is certain to hold a top spot on the agenda Gov. Michelle Lujan Grisham will hand to legislators. The governor has already asked for $100 million to fund 1,000 new police officer positions across the state, and pretrial detention changes are likely as well.

Catching new criminals and making sure dangerous suspects aren’t a threat to the community while they await trial depends on jails and detention centers being ready to handle an influx of inmates. The pandemic and high vacancy rates in the ranks of corrections officers are working against that goal.

Across New Mexico’s network of more than two dozen county jails, 4 Investigates found inmate populations down significantly from capacity. Both pretrial detention practices and the pandemic have contributed to the drop.

In Albuquerque, where Metro Court is the state’s busiest and the Metropolitan Detention Center is the state’s largest, a long-running jail overcrowding lawsuit and the Supreme Court’s Case Management Order have combined to drive down occupancy at MDC. With an effective capacity of 1,950 inmates due to the McClendon lawsuit, the Bernalillo facility has been averaging 62% occupancy over the past month. That’s down roughly 200 inmates from pre-pandemic levels.

Jails across the state have emptied as judges, prosecutors and other court officers work with jail managers to try to control the spread of COVID-19 in detention facilities.

Santa Fe County Detention Center Warden Derek Williams says jails that found themselves with extra beds when the pandemic began might have actually considered themselves lucky.

"Individuals that were coming in from the street, we had to make sure that we had a safe place for them to go where they were away from our general population,” Williams explains. “And then after that we also had to put into place isolation and quarantine housing units."

Barron Jones of ACLU New Mexico is also a member of the board that oversees MDC. To him, lower inmate counts mean a chance for safer, more successful incarceration practices.

“(It would) improve safety outcomes for the folks on staff and in housing there. It would allow the jail officials to give folks time out of the cell," Jones said. "You know, folks who go to jail, they aren’t in there for life. So we need to make sure we’re treating folks in humane ways because they are being returned to our communities, right?"

If lawmakers follow through with tough-on-crime promises, New Mexico’s jails will have no choice but to take new inmates — ready, or not. 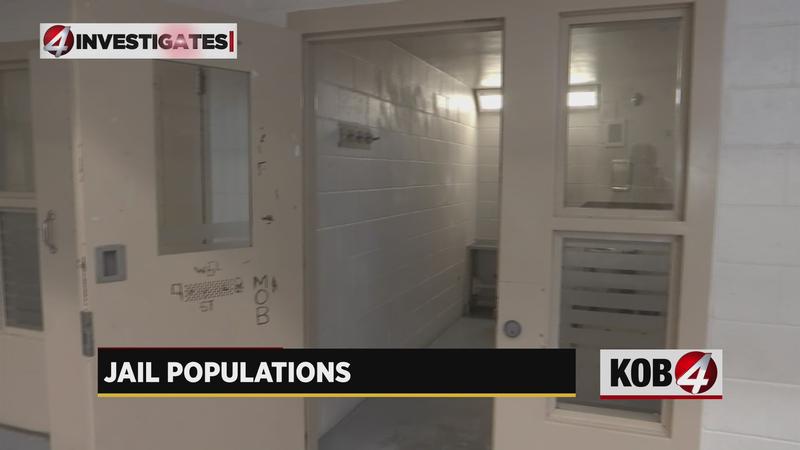