4 Investigates: Farmington man accused in Capitol Riot tells his side of the story

ALBUQUERQUE, N.M. — A Farmington man tells the 4 Investigates team he was surprised when he was criminally charged in connection to the breach of the U.S. Capitol nearly three months after the fact.

"When I walked up to the Capitol, that initial breach of barricades outside of the building had already happened, and there was already people amassed on the northwest steps," said Shawn Witzemann who was recently released from federal custody after turning himself into authorities.

"By the time I arrived there (The Capitol), my only goal was to get right up to the front of the action to film in — and that’s what I did," said Witzemann.

4 Investigator Nathan O’Neal: "What do you have to say in response to those accusations?"

4 Investigator Nathan O’Neal: "What would you say is your defense as far as the trespassing charge then? I mean you were clearly in the Capitol building at the time when it was a restricted building — how would you respond to that?"

In court records, Witzemann claims he’s a freelance journalist — often live-streaming and documenting events and protests for his podcast.

4 Investigator Nathan O’Neal: "Were you aware at all that there were plans in the works to breach the Capitol?"

Witzemann: "No not at all, not at all. That was the last thing on my mind. I remember when I went there, I actually had a tent because the only thing that I was aware of anyone was planning was possibly, as they say, occupying the Capitol grounds in a form of peaceful protests…"

4 Investigator Nathan O’Neal: "Did you participate in any sort of protesting?

4 Investigator Nathan O’Neal: "Were you armed at all?" 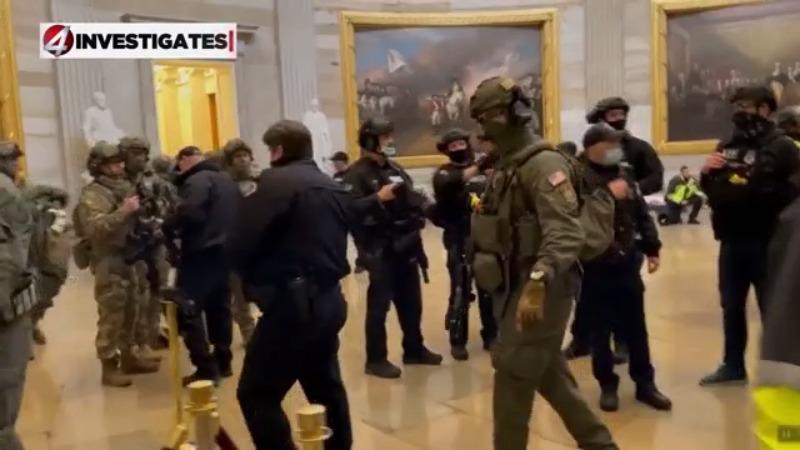 One question likely to come up in court: whether Witzemann is considered a journalist.

"I seek truth. I speak to sources. I document. I provide commentary. It’s everything that a journalist is," said Witzemann.

4 Investigator Nathan O’Neal: "Do you think it was appropriate to breach the Capitol to try to occupy the Capitol? To storm the Capitol?"

Witzemann: "The problem is, I think there was a lot of crazy people there. I think that people have been done a disservice by their own social media, obviously with the rise of the Q movement. I don’t know how to describe a lot of the Q followers that I’ve encountered, except to say that they were delusional…"

However, when it comes to the violence that erupted on that day, Witzemann is less apologetic.

Witzemann: "I don’t think that was appropriate for the day at all. I think it was counterproductive to any sort of peaceful demonstrations that were going on… so no, no it shouldn’t have happened."

4 Investigator Nathan O’Neal: "For the countless other people who are facing charges, some for violence in the events of January 6th — do you believe they should be held accountable …?