One focuses on more than 140 allegedly forged signatures that would’ve helped his campaign qualify for $660,000 in public financing.

The 4 Investigates team tracked down voters whose signatures were in question.

Ken Struve said he supports the Gonzales campaign, and even gave a $5 donation to help him qualify for public financing. 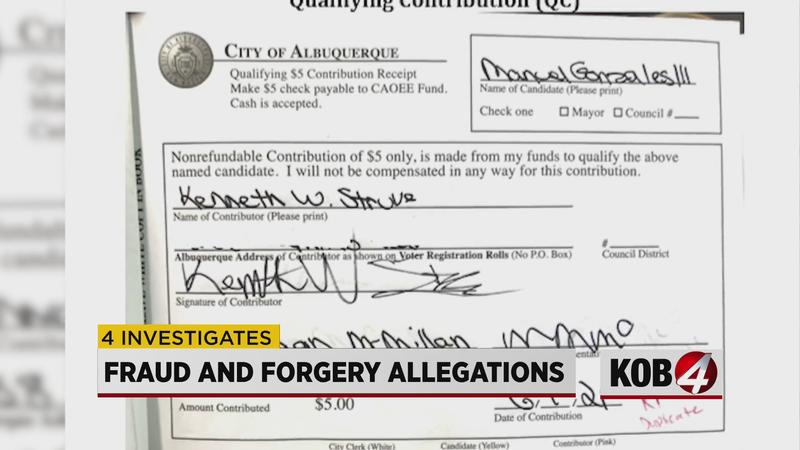 However, he confirmed that a signature that appeared on a form to document the contribution didn’t belong to him.

"It’s not right that they would forge my signature, I would agree with that," he said.

"If the penalty is that he’s not on the ballot, I think that’s too severe," he said. "Perhaps a fine or something, but I don’t think it should be anything more than that."

"It’s an attempt to gain taxpayer money, fraudulently," she said. "And in this case, we’re talking about $650,000 of taxpayer money that the candidate would be able to use for their campaign, that they’re obtaining through fraud, that they’re submitting forged, falsified documents, in order to get that money

In a Facebook post, Gonzales refuted the claims being made against him, saying in part, "Signature rejections occur in every campaign across the nation… that’s just part of the process. Some of our signatures were rejected for various reasons, but we still crossed the threshold to secure public financing by a wide margin."

Gonzales has three business days from Friday to appeal the city clerk’s decision.