ALBUQUERQUE, N.M.- It took years of political maneuvering and a special legislative session to get it done — but New Mexico is officially on its way to a legal marijuana market.

While recreational sales likely won’t start until 2022, state regulators are already laying the groundwork. However, one major question looming is how will New Mexico’s legalization impact business in Southern Colorado where legal cannabis has been around for years.

Just a few miles north of the New Mexico-Colorado border, sits Durango Organics — with customers filing in and out the cannabis storefront.

Jonny Radding is one of the co-founders of the business which has been open since 2010. He says despite the pandemic, business is booming.

"Business has continued to grow every year," said Radding. 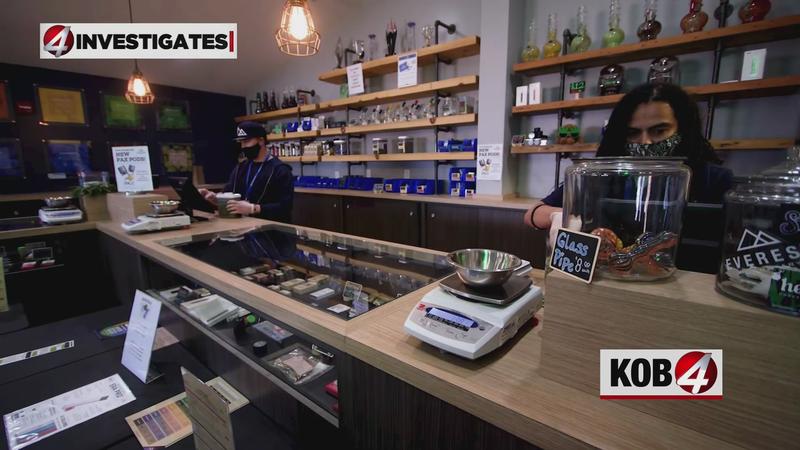 In 2020, La Plata County Colorado saw more than $40 million in marijuana sales. A big chunk of those sales comes from visitors.

However, the border market model is about to be put to the test when the Land of Enchantment goes green for recreational cannabis.

"There’ll definitely be some impact. How big it will, be I’m not sure," said Radding.

One possible problem for Colorado cannabis: the cost. When New Mexico sales begin next year, they’ll start out with lower taxes.

"I think it could have an impact if the sales in one state are a lot cheaper than in another state and then it doesn’t make sense for people to you know cross state lines in order to go purchase products that are going to be more expensive," said Radding.

While it will remain illegal to cross state lines with any amount of marijuana, Radding insists his business does not track what happens when people leave their facilities.

However, Colorado still has time before it feels the full effect of New Mexico’s legalization of marijuana.

"There’s a lot of preparation that has to be done," said Linda Trujillo, superintendent for New Mexico’s Regulation and Licensing Department, which is the agency that will oversee the state’s legal marijuana market.

While possession of marijuana will be legal beginning June 29, Trujillo points out that there is a catch: "So you can possess but you can’t buy it anywhere."

There is still months of regulatory work that needs to be hashed out before the first legal sales can take place, with a target date of April 1, 2022.

"We’ll do our best to move that date as far forward as we can but at this point there’s so many different moving pieces that I can’t give any kind of an estimate," said Trujillo.

While some cannabis business owners in Colorado have expressed concerns over New Mexico’s legalization and how much business it might cost them, Jonny Radding of Durango Organics sees it differently.

Radding has already expanded his company’s footprint in the region and now he’s considering opening up new shops on the other side of the state border.

"We would love to be part of the New Mexico market," said Radding.