ALBUQUERQUE, N.M. — A pair of lawsuits by Albuquerque rape victims say that, for years, thousands of untested rape kits perpetuated their own misery and struck fear into women across the city.

The Albuquerque Police Department said last year that it had eliminated its backlog of some 5,000 untested rape kits, but the lawsuits show just how agonizing the wait was as victims wondered about their attackers—both known and unknown—and who else might have fallen victim to therm.

The two lawsuits make similar accusations, that Albuquerque police had for decades a "…policy of refusing to meaningfully investigate sexual assaults against women."

The first case stems from a 2015 attack on a woman by her former Sunday school teacher. Hospitalized and suspecting she’d been drugged, the woman reported the attack to police. After providing evidence for a rape kit, including her own DNA and that of her suspected attacker, the suit says the kit was unprocessed and eventually lost. 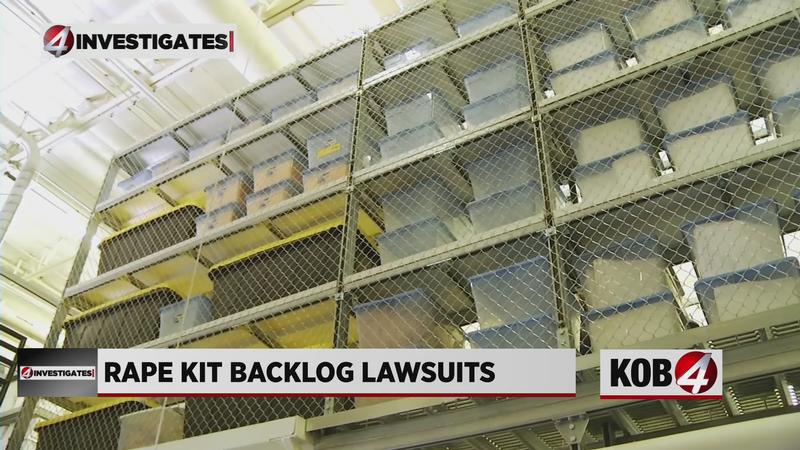 In the second case, police collected a rape kit from a woman who reported being assaulted by a stranger. It somehow sat untested for more than 7 years, before eventually being matched to Victor Gonzales, a man prosecutors with the New Mexico Office of the Attorney General have charged with being a serial rapist.

Gonzales is currently in jail awaiting trial this summer after his 2020 arrest.

"When there’s a serial rapist in the community, it’s a danger to all of us. And we need to do everything we can to ensure that men who rape women don’t get the occasion to do that repeatedly," Schauer Ives said.

A police spokeswoman said the department would respond to the specific lawsuits in court. She pointed out the backlog of untested rape kits has been cleared. APD Chief Harold Medina has previously said new kits are processed within about three months.

The backlog, which dated back to the 1980s, was highlighted by Tim Keller when he was state auditor.

“When Mayor Keller came into office it was clear the lack of progress on the rape kit backlog was unacceptable while survivors were waiting for answers. From that point forward, APD set out to clear the backlog once and for all,” said Rebecca Atkins, the police spokeswoman.

Atkins said all backlogged kits have been returned and police and prosecutors are able to assess the value of DNA evidence in cases that are still able to be prosecuted. The statute of limitations for many rapes is 6 years, though certain cases do not have a deadline to file criminal charges if a suspect is identified.

Though it’s been cleared, the backlog has some unavoidable consequences for police work on the returned rape kits.

“They are tasked with trying to locate the victims and offenders,” Atkins said. “Investigators work closely with the district attorney’s office and advocates that handle victim outreach. Once contact is made, there are three possible outcomes: willingness to move forward with prosecution, denial, or full refusal to participate. Investigators and advocates have experienced all three scenarios, and for various reasons.”