ALBUQUERQUE, N.M. — After more than 60 years, New Mexicans are finally getting answers about what happened to a 4-year-old girl that vanished.

It was a mystery that shaped the identity of her family. Sharon Lee Gallegos was abducted in 1960, but nobody knew whatever happened to her.

"We were aways that family who had their aunt kidnapped," said Rey Chavez, Sharon’s nephew.

Rey always wanted to know what happened to his aunt.

"It’s my mother’s sister, my mother was the oldest in her family," he said. "It’s not something that she wanted to talk about." 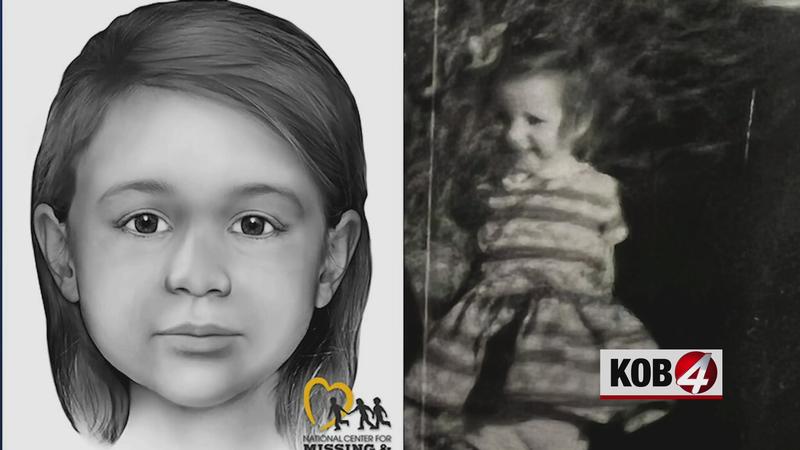 His mother, Ramona Gallegos Chavez, was with Sharon when she was kidnapped.

"Well, it was the most painful memory of her life," Rey said.

Sharon’s fate remained a mystery until a visit from a stranger in 2016. An amateur cold case sleuth had reached out to Rey’s mother, Ramona. The sleuth had met with Mark Esquero, a detective with Alamogordo police, and believed that a little girl found deceased in Arizona was Sharon.

The girl found in Arizona – burned and buried off Highway 93 – was known for 60 years as "Little Miss Nobody." The girl’s body was found just a couple of weeks after Sharon was kidnapped. At that time, investigators had ruled that the two cases weren’t connected.

However, armed with old newspaper articles, the amateur sleuth had a different theory. It got Detective Esquero’s attention, along with the investigators in Arizona.

"Part of the process, of course, is getting DNA from family members," Esquero said.

Rey’s mother, Ramona, agreed to give her DNA to the investigators. However, her DNA came back inconclusive, and then she died the next year.

"I wish his mother was still alive because she’s no longer with us," Esquero said. "And she’d like to get the news of that."

It wasn’t until Rey’s uncle submitted his DNA that an announcement was made in Yavapi County, Arizona – "Little Miss Nobody" had a name.

"That gave us the answer that we were looking for," Rey said.

"You know, you’re thinking, oh man, my aunt got murdered," Rey said. "You know, it just breaks your heart. Why would you do that to a four and half year old?"

Sharon’s remains are still in the medical examiner’s office. Rey said the family is still deciding where to lay her to rest, but he said they have a deep appreciation for the people in Arizona that cared for her and crowdfunded to pay for the DNA test that identified her.