ALBUQUERQUE, N.M. — This week, the Archdiocese of Santa Fe, its insurance carriers, and attorneys representing hundreds of clergy sex abuse victims, spent hours in mediation. Part of the goal was to agree on a dollar amount that will be paid out to those victims.

However, after days of negotiations, a deal was not reached.

The battle is now in its fourth year. With mounting lawsuits alleging Catholic priests sexually assaulted hundreds of New Mexicans, the archdiocese was forced to file Chapter 11 bankruptcy in December 2018. 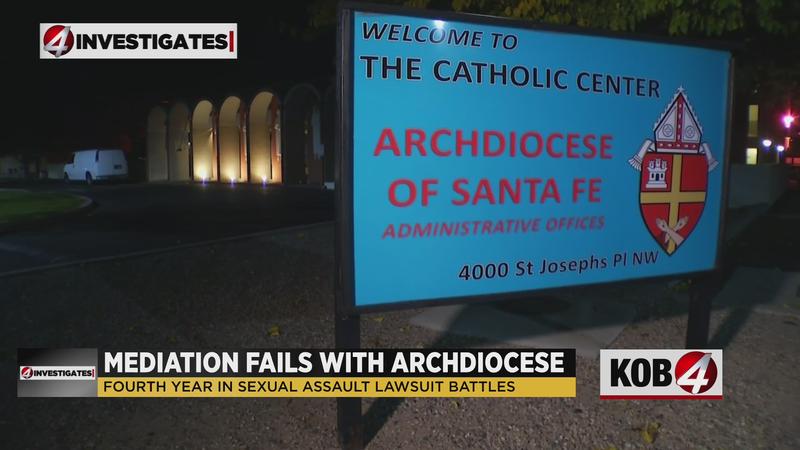 The Santa Fe New Mexican reported the archdiocese has been in conflict with four insurance carriers over how much the companies should pay in the settlement.

"I’m not able to verify any kind of specific mediation dynamics, I can say though, insurance companies are always reluctant to pony up money," Monagle said. "That’s part of their business model."

As the clock ticks, the archdiocese continues to spend millions on legal and accounting fees. The hundreds of victims sexually abused by clergy continue to wait.

Even when a dollar amount is agreed upon, it’s not a done deal. The creditors in this bankruptcy, which would be the abuse survivors, will have to vote to agree on the terms of the settlement. The parties are all due back in federal court later this month to report to a judge on where things stand.