ALBUQUERQUE, N.M. — Gov. Michelle Lujan Grisham has reaffirmed her support to legalize recreational marijuana and this week state lawmakers are again considering it.

Advocates say recreational marijuana would create thousands of jobs and generate hundreds of millions of dollars for New Mexico. Some medical cannabis providers are already preparing for the possibility of cannabis legalization.

Kirk is one of several industry leaders who hope lawmakers will legalize recreational cannabis in the coming weeks. 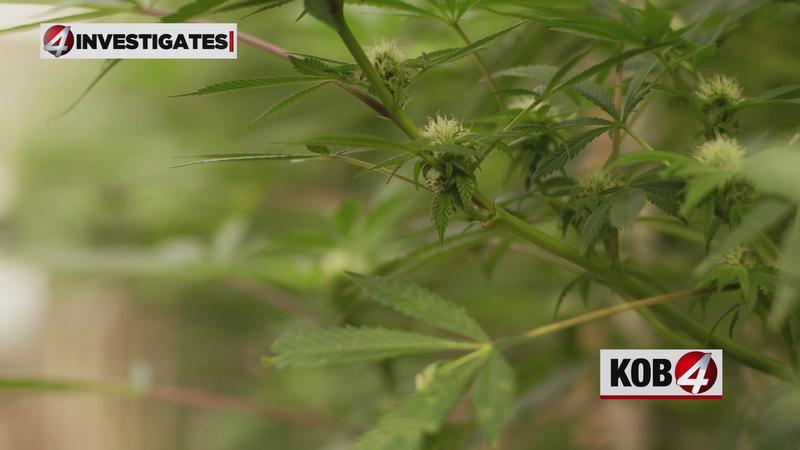 "We invested a lot in the last couple of years to make sure that we were prepared for an adult use market," said Kirk, adding later: "We’re excited for it and we’re up for it."

At the Roundhouse, lawmakers are considering a few bills aimed at legalizing and regulating recreational cannabis.

"We need to get moving… you know I don’t want New Mexico to be the 49th state to legalize," said Rep. Javier Martinez, who is sponsoring one of the bills. He believes this legislative session will prove more successful than prior attempts.

"The politics have shifted dramatically. I think in the State House and particularly in the State Senate," said Martinez.

In the past, opponents of recreational marijuana have questioned its potential impact on crime, impaired driving and the black market. Still, Martinez believes legal cannabis could be good for New Mexico.

"This is a new industry– we’re still trying to figure out exactly what it will look like once it’s here," said Martinez.

SCALING UP FOR LEGALIZATION

As lawmakers begin work to hash out the details of the legislation, many existing medical marijuana growers are bracing for legalization. One of the first hurdles will be ramping up the amount of marijuana plants that are grown.

At the Everest grow site, for example, expansion efforts are currently underway to prepare additional land for outdoor grows. However, the state currently limits their growing capacity.

"Right now we’re capped at 1,750 growing plants and that’s just not going to be sufficient in an adult-use market, so the first thing that has to happen if this were to pass for a quick ramp up … we have to have an expansion of amount of plants that we can grow right away," said Kirk.

Many industry leaders have their sights set on New Mexico for possible new business opportunity in the cannabis realm.

"My vision is really to grow our presence here in New Mexico," said Kim Rael, Chief Executive Officer of Azuca, which is an edibles company already operating in Colorado and New York.

"We are currently partnered with Everest Apothecary… and are working with them on their edibles program for the New Mexico market — but really looking forward to expanding both our employee base, the jobs here in New Mexico as we hopefully expand the cannabis industry here in New Mexico," said Rael.

She’s also hoping lawmakers will adopt a policy that allows for a diverse recreational market.

“We need to have a policy that enables and empowers micro-enterprises in cannabis not just, you know, big multi-million dollar multi state operators," said Rael.

In recent years, public appetite for a legal cannabis market has increased dramatically.

According to a new poll commissioned by the Drug Policy Alliance, 74% of New Mexico voters support legalizing cannabis. In 2007, only 34% supported it.

Just last month, Gov. Lujan Grisham highlighted cannabis in her State of the State address, slamming past failed efforts to legalize it.

"I have no interest in another year of thousands of New Mexicans eager to get to work and make their future in this industry being told "no," just because that’s easier than doing the hard work to get to "yes,"’ said Lujan Grisham.

Rep. Martinez’s cannabis bill is set to be heard by its first committee this week. He’s wagering that this year will be the year for cannabis.

"If you push me on this question i’m going to say that I’m feeling pretty good and I would place my hard earned money that we will make this happen this year," said Martinez.

Martinez says the bills lawmakers are considering would take effect on July 1. If passed and signed by the governor, he says the first legal marijuana sales could begin soon thereafter.