4 Investigates: New Mexico county pays man $3.75M after sheriff shoots him in the head while driving a tractor

*The video may be disturbing to some viewers.*

ROOSEVELT, COUNTY, N.M. — Roosevelt County recently settled a case for $3.75 million after Sheriff Malin Parker shot an unarmed man in the head who drove a tractor in circles in an empty field. While the attorney representing Roosevelt County denies the sheriff acted wrongly, the injured man hopes this settlement sends a message to law enforcement leaders that resorting to lethal action should be a last resort option.

In a lawsuit filed in federal court, the suit states in January 2018, James McFarlin and his wife had an argument. While McFarlin was distraught, he took a front-end loader and rammed it into the family car.

“He goes from smashing their personal property to driving the front-end loader across some public roads into about 120 acres of fields,” said McFarlin’s attorney Shannon Kennedy.

The suit states the Roosevelt County Sheriff’s Department began a low-speed pursuit, chasing McFarlin in circles as he drove at about 5 mph in a circle in an empty field. Body cam video shows the deputies were irritated that McFarlin would not stop the tractor. In their video, you can hear deputies call McFarlin a “bastard” and they encourage Sheriff Parker to ”shoot him.” 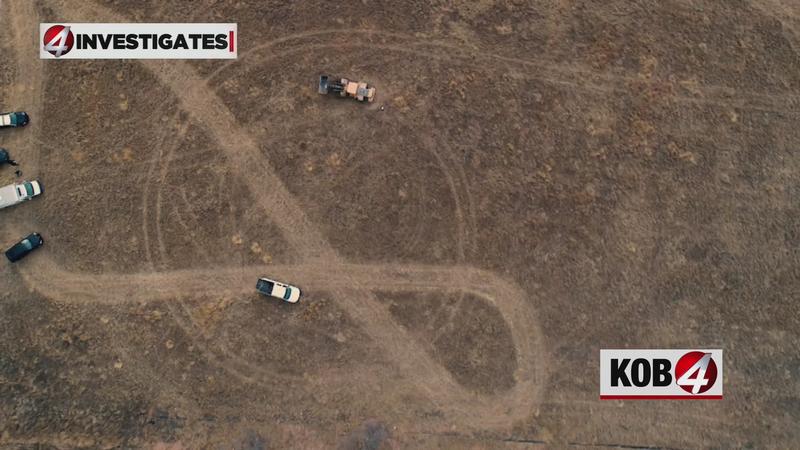 According to the suit, Sheriff Parker first used his shotgun to try to flatten the tires. But, the tractor tires were too thick and the rounds could not penetrate the metal-reinforced rubber. So the suit alleges Sheriff Parker fired at McFarlin’s head next.

“There is no crime (Mr. McFarlin) is committing in that moment and certainly no crime that warrants deadly force,” Kennedy explained.

Body cam video shows that after Sheriff Parker shot McFarlin, he did not die. McFarlin informed the deputies he was losing his hearing and he couldn’t feel his hands. At one point, McFarlin is heard saying, “I don’t know if I’m going to make it.” Eventually, McFarlin was airlifted to a trauma center in Lubbock.

“He cannot live alone,” Kennedy said. “He’s dizzy and always in danger of falling. He has debilitating headaches. We had to establish a special needs trust and a conservator to help him through this litigation.”

The $3.75 million settlement, according to Kennedy, will pay for full-time health care for the remainder of McFarlin’s life.

“James McFarlin sued Roosevelt County in federal district court alleging that Sheriff Malin Parker violated his 4th Amendment rights by using excessive force during a law enforcement pursuit. Mr. McFarlin stole a Volvo L70 front end loader from a nearby dairy, and after using the loader to damage his wife’s vehicle, he led Roosevelt County law enforcement officers on a 20-minute chase through farmland and public roadways. Roosevelt County and Sheriff Parker deny all liability and maintain that the Sheriff acted reasonably and lawfully under the circumstances with the intent of preventing serious bodily injury and/or death to innocent motorists and bystanders in the area whose safety was threatened by Mr. McFarlin’s actions. The lawsuit was settled out of court. The settlement reflected the risks, expense and uncertainty of proceeding to trial on the part of all parties.”

“Hopefully this will send a message throughout all the sheriff’s departments and smaller counties throughout the state of New Mexico that you have to communicate with people in crisis, you just can’t resort to deadly force,” said Kennedy.