ALBUQUERQUE, N.M.- Cowboys for Trump founder and Otero County Commissioner Couy Griffin made his first public appearance since he was arrested for his role in the U.S. Capitol riot.

Griffin faces a chorus of voices — including his fellow commissioners — calling for his removal. He was recently released from federal custody.

"It’s when he is potentially breaking the law and representing himself as a county commissioner, which he is… that is our concern," said Otero County resident Paul Sanchez.

"Just because people don’t like my political position and the way I speak, in my opinion, is not a reason to resign," Couy Griffin told the KOB 4 Investigates team. 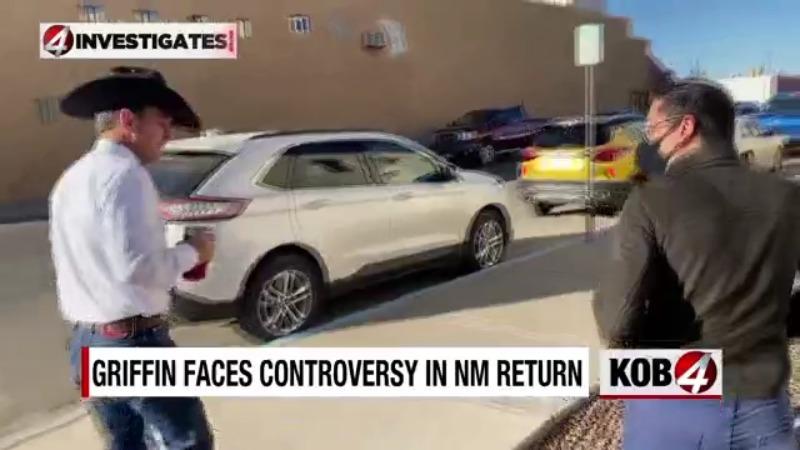 Griffin was released from federal lockup days ago. He faces charges for his alleged role in the breach of the U.S. Capitol on January 6th. He was subsequently arrested after returning to D.C. just days before the inauguration of President Joe Biden.

4 Investigator Nathan O’Neal: Do you regret any of your actions at the Capitol or going there in the first place?

Couy Griffin: "… I went to pray with people, you know, and I went to lead people in prayer and that point will be proven."

The Cowboys for Trump founder has also been widely criticized for his controversial comments about blood running from the Capitol and dead democrats.

Couy Griffn: "I don’t believe anything that I’ve said has necessarily been inflammatory."

4 Investigator Nathan O’Neal: Not even the ‘the only good democrat is a dead democrat? … you don’t think that’s inflammatory at all?

Couy Griffin: "… that’s subject to debate whether that’s inflammatory or not."

There is also a citizen-led recall effort currently underway.