CARLSBAD, N.M. — There are some things we just leave up to the experts – that includes the science and research that goes into the Waste Isolation Pilot Plant in Carlsbad, New Mexico, the only-of-its-kind facility that stores transuranic radioactive waste from around the country.

What if we told you there are questions about the science of its long-term safety? KOB 4 spoke with a former scientist who said he lost his job after raising the red flag.

There’s an expectation, a reputation that follows the name Sandia National Labs. Its advanced scientific work is something many of us take for granted. Not Dr. Charles Oakes, who is a geochemist who used to work for Sandia National Labs in Carlsbad at the Waste Isolation Pilot Plant, also known as WIPP.

Part of his job was to make sure WIPP, and all of the transuranic radioactive waste stored inside, is safe for years to come.

From the outside, there’s not much to see at WIPP. That’s because all the waste is stored more than 2,000 feet below ground.

"WIPP is the only facility of its kind in the world, deep geologic repository for nuclear waste," said Don Hancock, Director of the Nuclear Waste Program a Southwest Research and Information Center.

Hancock has served as a WIPP watchdog even before the first disposal at the Department of Energy site in 1999.

"Essentially what’s in WIPP are elements that are contaminated from the manufacturing of components in nuclear weapons, particularly the plutonium core, the heart of it," said Hancock. "That includes machinery that includes gloves, and booties, that includes sludges."

It might sound complex, but the key to safe storage of radioactive material is simple: accurate, reliable science and research. Regulators at the Environmental Protection Agency demand it.

Sandia National Labs is contracted to do it, at a cost of $18-million a year.

It’s so important that, in order for WIIPP to continue accepting waste, every five years, it has to recertify that its projections show the facility will be safe after it’s filled up and closed down.

Dr. Oakes said his job was to look at how much of that radioactive material would make it to the surface.

"If you do have radioactive material dissolved in the water, will it react with rocks, minerals along the way, and be removed from the water, in which you removed the threat, or will it carry on its merry way dissolved and get to the surface where it can potentially hurt people and the environment," he said.

During his time at Sandia National Labs, Dr. Oakes said he discovered inaccuracies that called into question WIPP’s long-term safety, what he believed to data errors.

Oakes said he brought it up to his bosses, the Department of Energy and even the EPA.

After he spoke up, Oakes said Sandia labeled him a problem employee and showed him the door.

Oakes is being represented by attorney Timothy White – and Nick Davis of Davis Law. Their goal is to address much more than what they believe to be retaliatory discharge.

"We’re trying to achieve a certain safety standard here and the information that is being used to allegedly show that we’ve achieved that standard, that we should be recertified to manage the WIPP project, is built on bad science leading to fraud," said White.

KOB 4 wanted to hear from Sandia National Labs. A spokesperson told us they cannot comment on these accusations because of the pending lawsuit.

There are a number of defendants named in the suit: Honeywell International, National Technology and engineering Solutions of Sandia, LLC, Carol Adkins, and Paul Shoemaker.

Attorneys representing the defendants have responded in court. Documents allege Oakes was fired after multiple "inappropriate interactions with colleagues" but they did not go into detail.

Attorneys are also asking a federal judge to dismiss the case.

As far as all of that expansive data is concerned, officials at the Department of Energy, with the WIPP project, said there are quality assurance procedures in place including several independent reviews.

They said a recertification decision is expected later in April or early May. 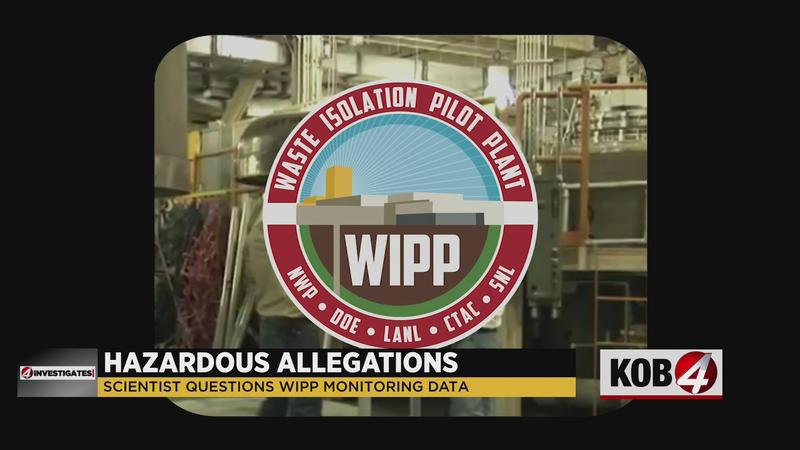