ALBUQUERQUE, N.M. — Among the thousands of rioters, both outside and inside the U.S. Capitol one year ago, were at least four New Mexicans.

All of them have been charged with the same federal misdemeanor for their involvement: Otero County Commissioner and Cowboys for Trump Founder Couy Griffin, Matthew Martin of Santa Fe, Leonard Gruppo of Clovis and Shawn Witzemann of Farmington.

Last year, Witzemann told our 4 Investigates team he was wrongfully charged and was acting as a freelance journalist.

“When I walked up to the capitol, that initial breach of barricades outside of the building had already happened, and there were already people amassed on the northwest steps,” he said. “By the time I arrived there, my only goal was to get right up to the front of the action to film it, and that’s what I did."

Witzemann has pleaded not guilty in the case, along with Martin and Griffin, who has since faced challenges to his position as an Otero County commissioner. 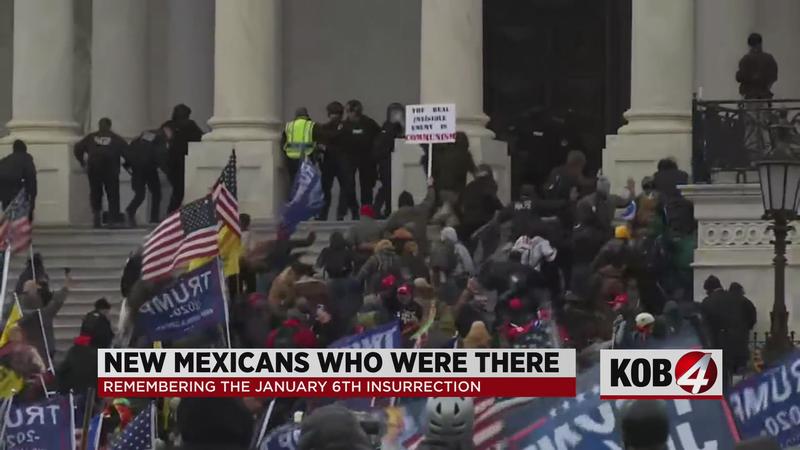 "Just because people don’t like my political position and the way I speak, in my opinion, is not a reason to resign," Griffin said.

Griffin and Martin have bench trials scheduled in March.

Of all the New Mexico defendants, Griffin has been the most vocal. You can read more about his case here.