ALBUQUERQUE, N.M. — Back in September, Democrat Sen. Jacob Candelaria and Republican Sen. Gregory Baca filed a lawsuit against Gov. Michelle Lujan Grisham. They said the legislature should be the ones deciding what to do with more than $1 billion in federal pandemic aid.

As that arguments head to the New Mexico Supreme Court next week, four more Democrat senators have added their names in support of the lawsuit. An amicus brief filed in the courts by Democrat Sens. Gerald Ortiz y Pino, George Munoz, Joseph Cervantes and Daniel Ivey-Soto calls that spending into question.

"When we started this, the governor was quick to try to dismiss the issue as simply one of a Republic and Democrat who’s not the favorite, kind of griping before the Supreme Court," Candelaria said. "I think having these four members of Democratic leadership, leading the four most powerful committees in the legislature, join this and say, no, actually, we stand in support of senators Candelaria and Baca, and want the courts to do the right thing here."

Candelaria and Baca took those concerns to the state Supreme Court following a failed attempt to call an extraordinary session to appropriate that money.

Meanwhile, the governor is standing her ground. In a statement, a spokesperson said, "Courts have previously made clear the legislature may appropriate state, not federal, funds." 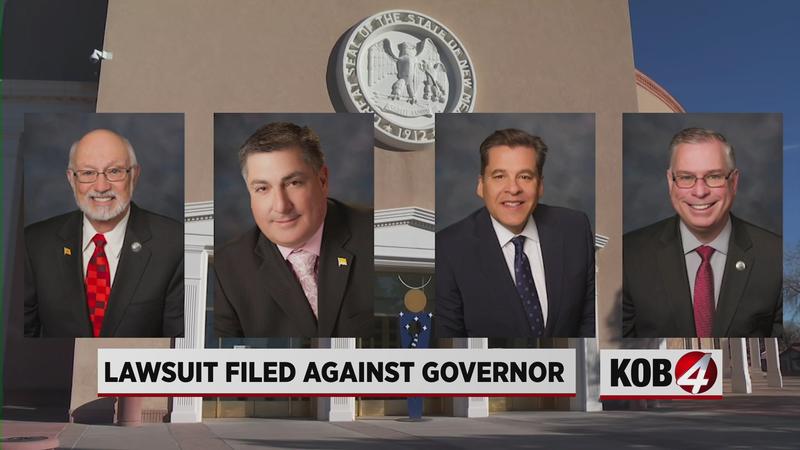 The governor’s spokesperson also said the administration looks forward to continuing to provide support for economic rejuvenation through the state.

The state Supreme Court will hear arguments on the case Wednesday, Nov. 17.