ALBUQUERQUE, N.M. — Officers with the Albuquerque Police Department responded to a hot air balloon crash near Central and Unser, west of the CVS Pharmacy, Saturday morning.

Police said four people died in the crash, with another passenger in critical and unstable condition. Later, in an update, police said the fifth passenger had died from his injuries.

Police responded to the scene shortly after 7 a.m. Saturday, when they got a call about the balloon crashing into a power line. 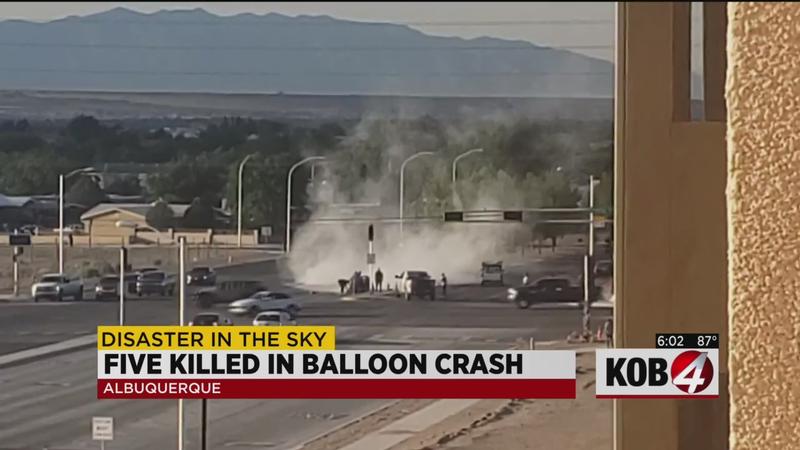 APD estimated the age range of the victims, three men and two women total, to be between 40 and 60 years old.

PNM officials said the crash has caused an outage in southwest Albuquerque, affecting more than 13,000 customers. The estimated restore time was 10:45 a.m., according to their latest update.

Albuquerque police said the Federal Aviation Administration (FAA) and National Transportation Safety Board (NTSB) will take over the investigation into the cause of the crash.

The balloon envelope was found at a separate location south of the crash.

Joshua Perez was at the gym when he heard the crash and rushed out to help. Watch his interview below.