If the resolution passes, it will be on the ballot in November for voters to approve.

The resolution was drawn up by Mayor Keller. Keller worked with the owner of the New Mexico United to find a way to get their own stadium.

The $50 million would go toward acquiring property for a public stadium for multiple uses, including, but not limited to, professional soccer events. The money would also go toward designing, developing, erecting, constructing and otherwise improving the stadium.

But where does the $50 million come from? 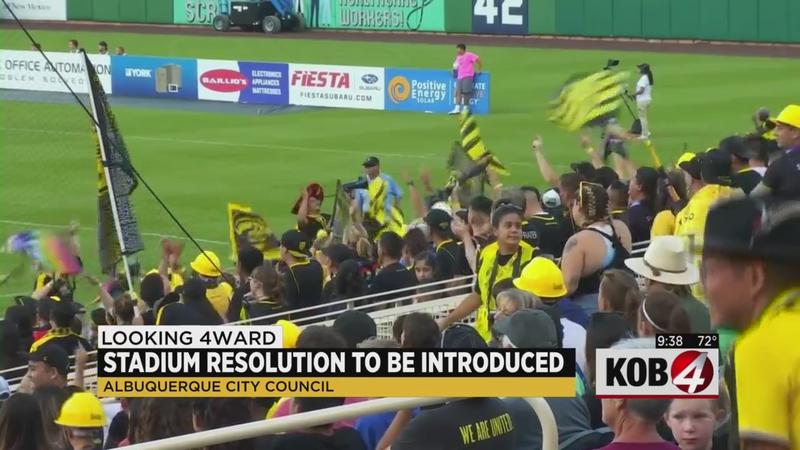 "Keep in mind," Albuquerque City Councilor Pat Davis said, "that what we are talking about is what we are going to spend future money on."

Davis said that taxpayer money comes in the form of a bond. This means that taxes will not go up if the resolution is passed and that the resolution will not take money away from existing programs.

In 2001, the City of Albuquerque passed a $25 million tax bond. Adjusted for inflation, the bond would be $40 million.

"Over time the Isotopes have paid that back as they pay us a lease payment every year," Davis said, "so that is paying for itself by the team and the tickets and the community that supports it."

"What our consultants have said is that Albuquerque is big enough to support two teams here — a baseball team and a soccer team," Davis said, "and they were right the first time and we think they will be right again."

The stadium would also be used for other events, including concerts.