Five of the horses were found dead in March. Two more dead horses were discovered in April

The group has been posting flyers about the horses. 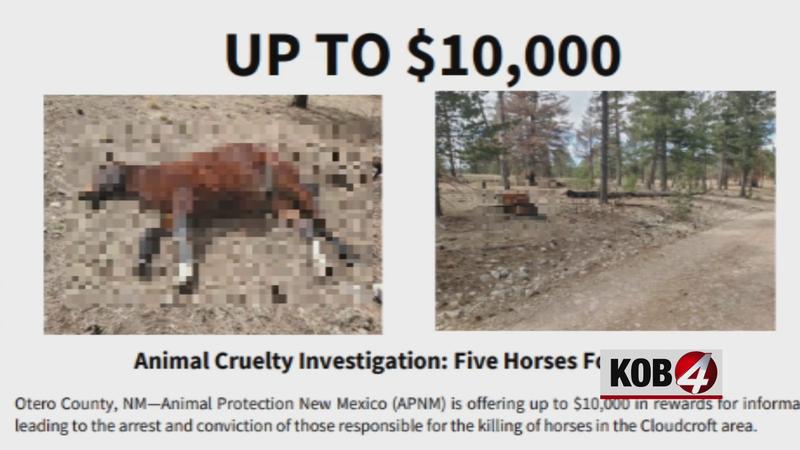 Its unclear who the horses belonged to, if anyone.

But what is clear, Edmonds says someone needs to be held responsible.

"We don’t think it matters very much what people call these horses, whether they were all the same type of horses, or any of that because as an animal advocacy group, we don’t think that any horse, no matter what you want, put in front of the word horse should be shot dead by a malicious individual or individuals," Edmonds said.