A closer look at gas prices in New Mexico

ALBUQUERQUE, N.M. — Good luck finding gas cheaper than $4 a gallon in the Albuquerque metro. Gas and oil prices are on the rise across the county and drivers are feeling the pain at the pump as they drive around looking for a good deal.

The drivers KOB 4 talked to Tuesday don’t have much faith the price will drop anytime soon.

“Yeah I’m figuring we will be well over $5 by the end of summer,” Cory Heim said as he stopped in Albuquerque on his road trip from Illinois. 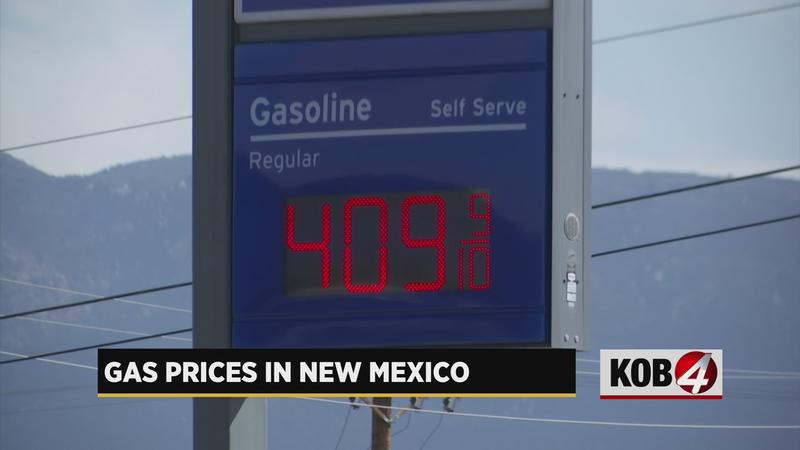 “Yes, $4 a gallon gas is here and $5 gas is on the table. It is possible, but there are a lot of unknowns still,” UNM Associate Professor of Finance Reilly White said.

Of course, supply and demand plays a role. Now, you might think since New Mexico is the third-largest oil-producing state (behind North Dakota and Texas) we would have more supply. But the truth is we sell off our oil to refineries elsewhere, before we get the gas at our stations statewide.

On top of that, a lot of unknowns stem from politics and the war in Ukraine.

On Tuesday, President Joe Biden made this announcement:

"We are banning all imports of Russian oil, gas and energy," Biden said in a press conference from the White House.

But the U.S. doesn’t actually rely on Russian oil. Last year, less than 7% of imported oil came from Russia. So, experts hope this won’t be a huge factor in gas prices.

“But, even though the United States doesn’t import a lot of oil from Russia, oil is traded as a commodity and is based on the amount of oil we have available and that is determined globally,” White said.

Another big announcement on Tuesday came from Gov. Michelle Lujan Grisham. She said she’s joining five other state governors asking Congress to suspend the federal gas tax. While that sounds nice on paper, research shows it may not be as helpful as it sounds.

“Even if we got rid of a federal and state gas tax that would reduce the cost of gasoline per gallon but here’s the other thing when we do research on this topic it shows it’s not a one to one ratio,” White said.

That’s because there are no laws enforcing gas stations to also drop the price at the pump, or pass that savings onto drivers.

“Only a proportion of that will be passed along to consumers maybe 10 cents or 15 cents, maybe only 5 cents,” White estimated.

The bad news doesn’t end there. White added the price of gas usually peaks during the summer. So, we may not be seeing the worst of this situation yet.

“The amount of pressures that are increasing prices are this much and the amount that could reduce prices are unfortunately much smaller so overall consumers are in for an expensive year of gas,” White said.

Drivers told KOB 4 they’re trying to think of ways to cut back.

“I’m trying to cut down on my driving, putting my car in eco mode more,” Francisco De La O said at the pump.

Others may avoid the pump entirely.

“Might as well start walking to work you know or riding a bike,” Romero said.

According to AAA, for regular unleaded, the current average Tuesday was $4.03.