A closer look at New Mexico’s resources to fight wildfires

ALBUQUERQUE, N.M. — More than a thousand fire personnel are working hard to keep people and property out of harm’s way in New Mexico.

Robert Sanchez, the president of the New Mexico Professional Fire Fighters Association, said staffing shortages are a trend all over the state. It’s not new, but it’s apparent as ever.

"More men and women firefighters on the truck should be a priority," he said.

"When you have wildfires across the whole state, and we’re stripping firefighters from fire stations, departments, to send them to fight wildland fires, it’s causing a problem," Sanchez said. 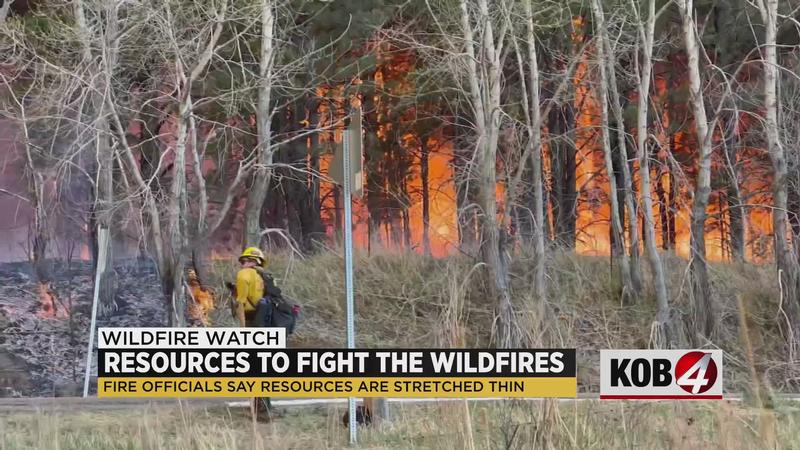 Those problems include a strain on crews battling the massive Calf Canyon/Hermits Peak fires in northern New Mexico, and personnel handling other calls.

"When we respond to your loved ones for cardiac arrest, or structure fire, or car wrecks, they have to remember that you want firefighters who are fresh, who are not exhausted and tired," Sanchez said.

Sanchez said many firefighters are working shifts as long as 96 straight hours.

A spokesperson for the U.S. Forest Service said they do not have a staffing shortage right now. However, as large continuous fires spread, crews are having to pick and choose where to send resources because they can’t focus on every area.