At Holloman Air Force Base in New Mexico, a village has been built to house up to 5,000 Afghan refugees.

KOB 4’s Ryan Laughlin spent most of the day touring the Aman Omid Village, which translates to the Peace and Hope Village.

At the end of August, the space was empty with just a concrete pad for hot air balloons to launch. Now, it’s a fully functioning camp with around 4,400 Afghan refugees living there. Half of the refugees are children.

The families have their own living quarters and each family was given a cell phone. There are trailers for bathrooms, water tanks providing running water for showers, and a dining hall.

Every adult refugee at the camp has been vaccinated. Not only were they given the COVID-19 vaccine, but all CDC-recommended vaccinations. 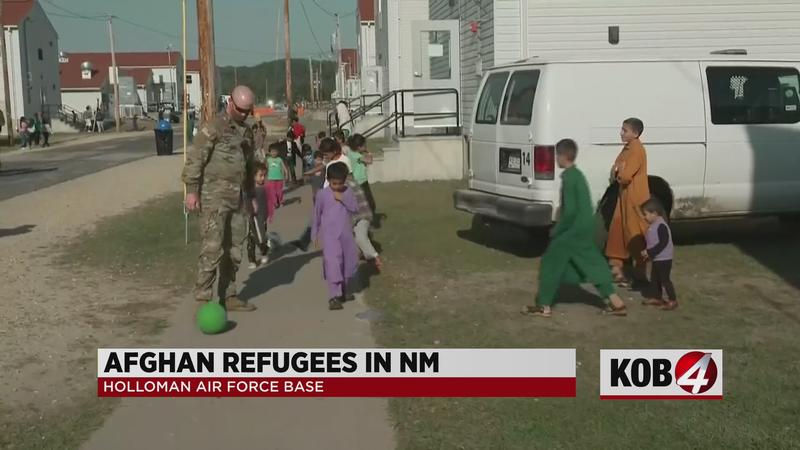 The Department of Homeland Security was responsible for security, screening and vetting the refugees.

To date, Holloman Air Force Base has received 7,100 Afghan refugees and 2,400 have already been resettled in places all across the country. The people at Aman Omid Village do not leave the village – they do everything in the village that’s been built for them, which is about one square mile.

"We are this generation’s Ellis Island," said Col. Curtis Velasquez with the U.S. Air Force. "Many of them were in a survival type of mode. We want to transition our guests from surviving to thriving here."

There are still 52,000 Afghan refugees nationwide waiting to be resettled – that’s more people than the population of Roswell.