St. Bede’s Episcopal Church in Santa Fe has been known to give back.

"We’ve given money over the years to many, many causes, many of the non-profits especially in Santa Fe,” said Rev. Catherine Volland.

This year, Rev. Volland wanted to help with an issue so many struggles from, unpaid medical debt.

“Medical debt is a particular kind of debt because chances are you had no choice about it,” she said. 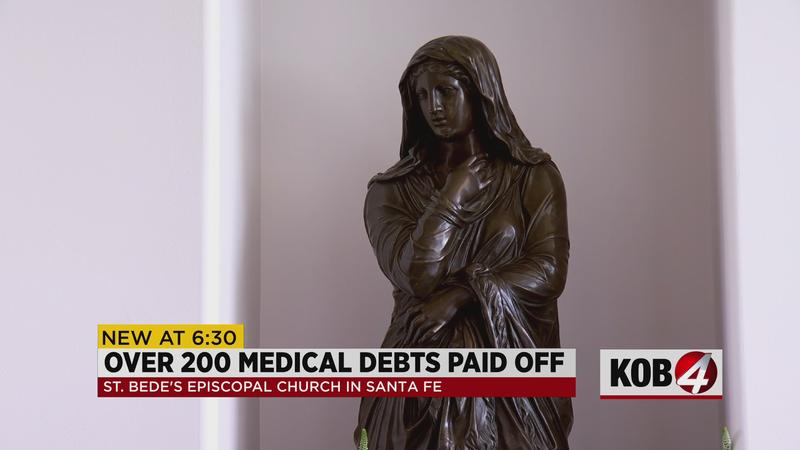 Her congregation raised $15,000 but to help the money grow, it teamed up with the nonprofit group RIP Medical Debt.

"I was thrilled, I had no idea that this amount of money could be leveraged so cleverly to affect so many families,” said Rev. Volland.

The church ended up helping 782 families in need.

"We had more than enough money to clear all the debt in New Mexico, so we went into eight counties in Arizona,” Rev. Volland said.

The reverend said she is hearing from other churches who want to do the same thing and thankful families.

"This person didn’t want to leave their name, and it’s obvious I will never know exactly who it is, but I’m grateful we were able to touch his household and his situation in a favorable way,” said Rev. Volland.