A tale of two cities: Residents of Edgewood and Moriarty grapple with different COVID restrictions

For some people who live in Edgewood and Moriarty, they’re unhappy about the different rules.

Last week, Edgewood restaurants were able to reopen indoor dining at 25% capacity. The Pizza Barn was one of them.

"Literally, when we heard we opened right away. People came in!" said Cecilia Hernandez, an employee at The Pizza Barn.

Across the county line, Moriarty restaurant owners are frustrated.

Tapia said not many people are taking them up on outdoor dining.

“Not with a couple of inches of snow where they’re going to be sitting,” she said.

"If I had rent, there’s no way I would be able to survive. We’ve been here 25 years. My building, my land, everything is paid for,” she said.

She also said she doesn’t feel like the risk for contracting COVID is greater in Torrance County compared to bigger cities.

"It’s frustrating because when you see the decisions that are being made in Santa Fe and in Washington, you know it makes you just—they don’t care about the American people. Because if they cared about American people, it would be about small business because we are the backbone of America,” she said.

According to NMDOH, Torrance County’s test positivity rate is 5.3%. Counties are required to be under 5% to have restrictions loosened.

State officials will release the latest reopening update next Wednesday. 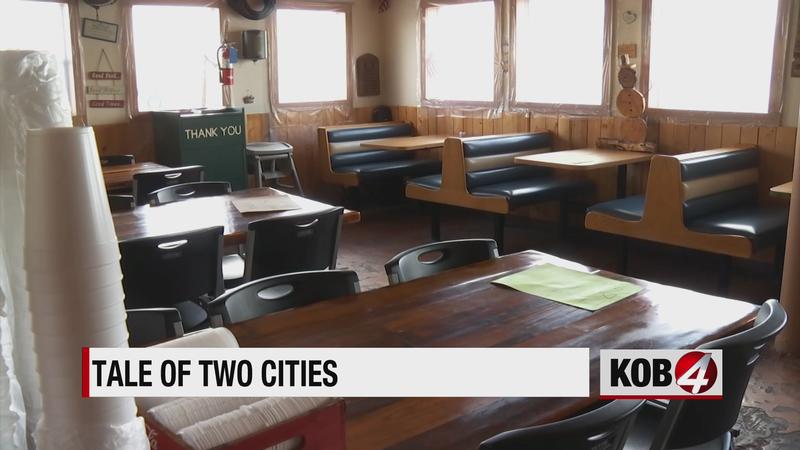