ALBUQUERQUE, N.M. — New Mexico has reached at seven-year high for gas prices, according to AAA. The average price per gallon is $3.24 right now. That’s nearly $0.10 up from last week, and an entire dollar more compared to this time last year.

“At this point, when we would normally see gas prices falling, they’re going up," said Daniel Armbruster, the spokesperson for AAA in New Mexico and Texas.

He attributed the increase in gas prices to a spike in crude oil prices, lack of supplies and a growing demand for gas.

Now, many are wondering when prices will start to go back down.

"If we do start to see demand go down as we get into the colder months, we could see some relief, but again, right now, we don’t see any sign that prices are going to go down, at least in the next few weeks," Armbruster said.

This only makes things harder for New Mexicans, who are already struggling to make ends meet during the pandemic.

"Certainly for a lot of people this is going to put the hurt on travel and just not great, not good news, for sure," said Thomas White, a man KOB 4 interviewed at a local gas station while he filled his tank.

AAA said there are a lot of things people can do to save on gas, like not exceeding 50 mph. Armbruster also recommended running all your errands in one trip. 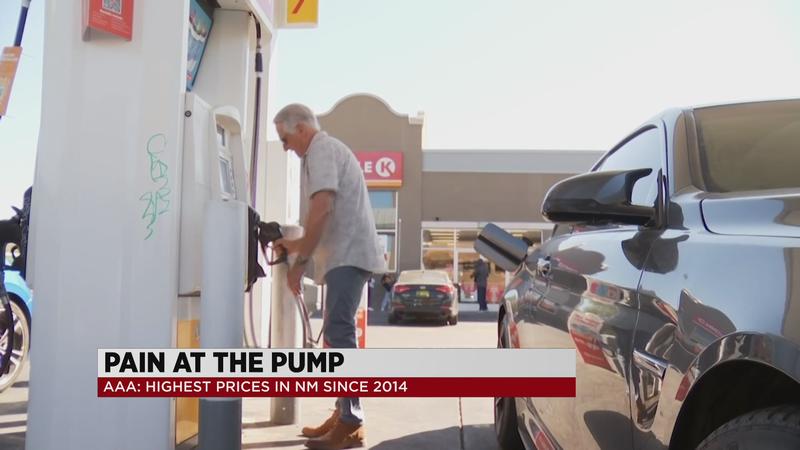 “If you have two cars, use one that’s more fuel-efficient, and certainly, if you can, go without using the AC as much," he added. He also suggested removing extra items from your car to make it lighter. Armbruster said these small changes can make a big difference in your bank account.