ALBUQUERQUE, N.M. — May is Asian American Pacific Islander Heritage Month and, even though New Mexico is thousands of miles away from any Polynesian islands, a local dance school has found a way to bring the "aloha spirit” to Albuquerque.

"It started off as a hobby in my garage and there was probably, I would say, five to ten of us on a regular basis – and it just kind of grew from there,” said Kellie Villicano, the owner of and lead instructor at Ka La Kapu.

Now, the school has more than 50 enrolled students.

"We’ve been perpetuating the Polynesian culture in Albuquerque for almost a decade now," Villicano said, "and what I love about our school is our students not only learn the dances but they also learn about the history, customs, culture and a little bit of the language as well." 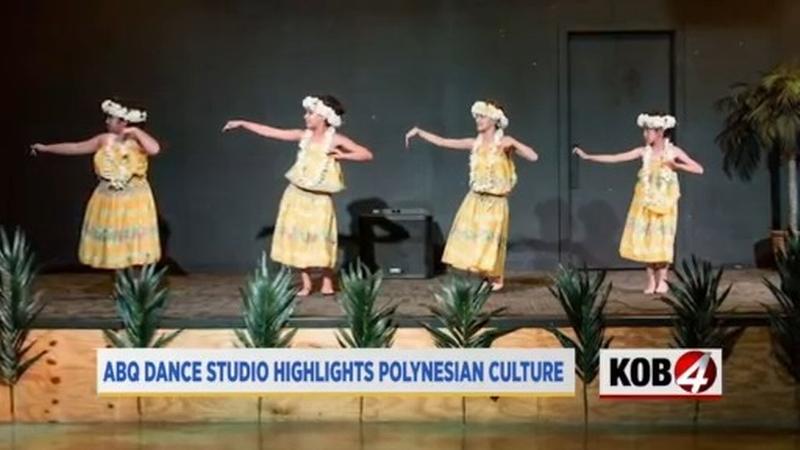 Open enrollment at Ka La Kapu is coming up in June and Villicano told us this is something everyone, of all ages and cultural backgrounds, can enjoy – even the Albuquerque Isotopes.

"They had a couple of players come to our studio and learn how to dance and learned a little bit about the culture as well," she said.

Villicano grew up in southern California where there is a big Polynesian population.

“So it was just bound to happen that I found this culture,” she said. “I am not of Polynesian descent. My cousins are and, from that, they brought me into this culture that I fell in love with."

Villicano also said, "that’s what’s so great about the Polynesian culture is, it’s so welcoming for anyone that wants to learn and that’s what we’re here for."

If you would like to watch a performance, Ka La Kapu students are dancing at the New Mexico United match Saturday, May 21 – and at the Isotopes game Friday, May 27th.

If you want to hula too – or take a class on Polynesian language, history and culture – visit the Ka La Kapu website for more details.

Kellie Villicano was kind enough to introduce our KOB 4 crew to the culture by teaching them a hula. Click the video above to view the dance and learn more about the culture.