ALBUQUERQUE, N.M. — KOB 4 requested the response times from the Albuquerque Police Department for Priority 1 calls over the last few years.

According to the data, the time it takes officers to get to a crime scene stayed relatively consistent between January 2018 to May 2021: roughly between nine and 12 minutes.

"It’s obviously, it’s very concerning to me because the longer we’re taking on calls, the less officers we’re going to have available for the next call that we know is going to come in," said APD Chief Harold Medina.

Data obtained by KOB 4 did reveal some drastic differences in recent years. 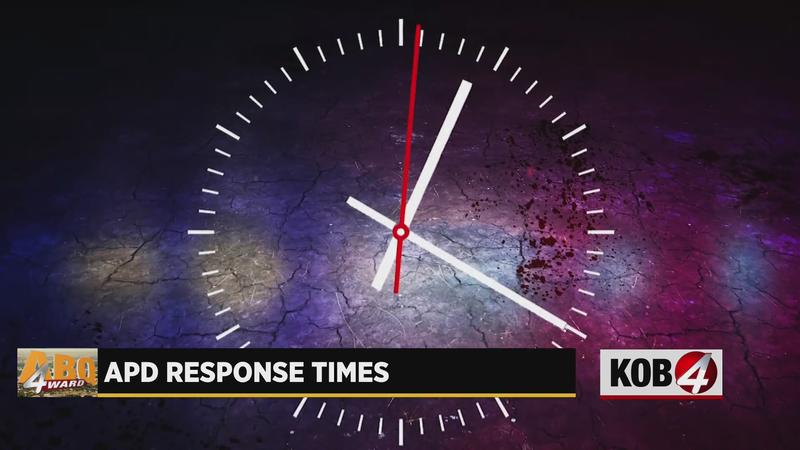 Fast forward to 2021 and APD is averaging more than two hours to write reports, gather evidence and interview witnesses. That’s an hour longer than three years ago.

So why is it taking longer to process crime scenes? Depending on who you ask, you’ll get different answers.

"Now it takes officers hour upon hours, because in a lot of ways, our technology has really slowed down our efficiency," Medina said. "So updating our technology and getting the better records management system is hopefully going to help us clear these calls fast."

However, Albuquerque Police Officer’s Association President Shaun Willoughby believes the root of this problem comes down to overworked officers in a severely understaffed department.

Willoughby said a major concern is that if officers are tied up at a scene, other calls may go unanswered.

"There’s several calls that get canceled," Willoughby said. "Sergeants say we’re just not going to go to that call. Or we get complaints from officers that calls are holding for hundreds of hours. They leave work, the call is holding. They get to work the next day, that same call is still holding."

Medina told KOB 4 that he agrees staffing remains an ongoing issue, but it’s unclear what is driving the lag in investigation times.

"That would need a lot of research," Medina said. "But I’m glad you pointed that out because that is something that we can definitely look at."

Medina did point out that new Department of Justice mandates, for example, require APD to invest a lot more resources in some investigations – which may be one reason why officers are spending more time on a scene.

"I think we have to start finding ways to get our officers back into service," Medina said.

The police chief also said the community is becoming so frustrated with response times that he’s alerted the DOJ and monitoring team about it – and he’s looking to find ways to streamline calls.

The president of the officer’s union, however, said APD has a retention and recruiting problem. He said a comprehensive study needs to be done on staffing and daily workload to show the brass how deep the problem runs.