ALBUQUERQUE N.M. – For some animals, the walks and cuddles are limited and a kennel is the only home they’ve ever known.

“While everyone loves the cute and fluffy puppies, we also want to show the pets that don’t get highlighted as often, or aren’t jumping out for adoption. Our escape artists or our seniors or harder to place cases," said Sara Heffren, executive director of Watermelon Mountain Ranch. "We want to showcase all the amazing things that they can do."

Now they can – Watermelon Mountain Ranch is one of three animal shelters partnering with the Albuquerque-based production company Sopapilla Productions on a show they are calling “Animal House.”

“We’re gonna put on a little miniseries so each episode will focus on a different rescue, and we’re just gonna talk to the people who work there and the owners – just kind of inform the audience how to adopt, and what does it mean to adopt,” said Felicia Masias, one of the cofounders of Sopapilla Productions.

The show is not only educational, but will feature fashion shows and other segments to showcase the adoptable animals from each shelter. The goal is to find the rescue animals a forever home. 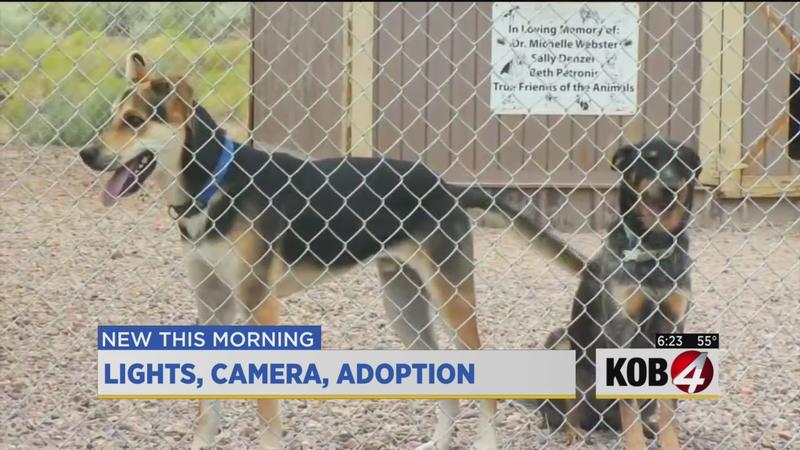 “You don’t have to cough up hundreds of dollars or thousands of dollars to get that animal or that pet who gives you that love, that relationship, that bond. It’s a win-win for everybody honestly, it’s a win for the animal, it’s a win for the shelters and for the people who want to take home some pretty cool pets,” said Keith Allen, another co-founder of Sopapilla Productions.

Filming will start this week and the episodes will air next month.

To watch the show, tune in to channel 27, Albuquerque’s public access channel, or visit the Sopapilla Productions Facebook page.