ALBUQUERQUE, N.M. – Saturday is International Vulture Awareness Day, and the ABQ BioPark Zoo wanted to give people an inside look at the important role vultures play in our ecosystems.

The BioPark said the misfits need a little love too — like the female lappet Eleanor who prefers to hang away from the boys.

“What’s really cool about the lappets is they’re going to be one of the largest of the African vulture species, so they’re like the big bad vultures around the block that are going to kind of come in and eat at the carcasses first,” said Baca. “Another really cool thing about vultures is they’re nature’s cleanup crew, and that’s what makes them really, really important to the ecosystem. They’re going to help prevent the spread of disease, such as anthrax, rabies, botulism, and they also help keep the ecosystems overall healthy.”

But a lot of them are struggling.

“There are 23 species of vultures in the world, and a majority of those are threatened, endangered or critically endangered, so their numbers are continuing to decline every day,” said Baca.

The ABQ BioPark is also home to the Cape Griffon species.

“Africa has had about 90% of vulture decline in the population, so over there. So it’s definitely something we need to worry about,” Baca said. “They aid in decomposition, which also keeps the soil healthy.”

Zookeepers at the BioPark said they hope people give these misfits some love. 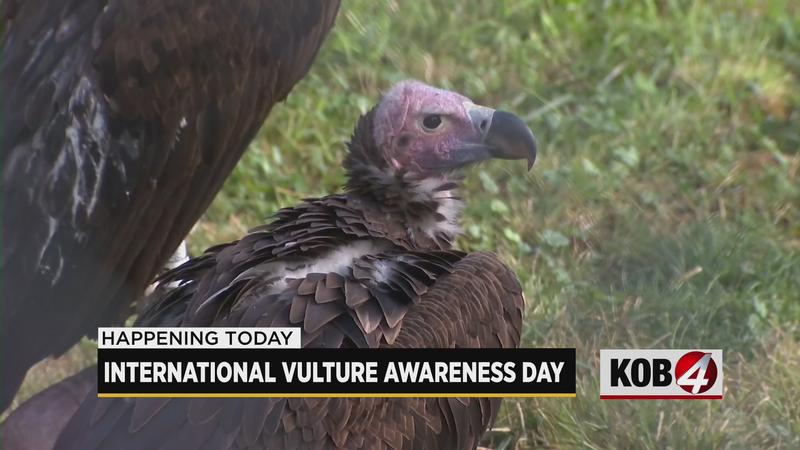