Mayor Tim Keller recently announced that Orion company is looking to develop an empty lot near the Sunport.

“It is literally going to be economically larger than when Intel first came. If this continues to go on the path that we’ve negotiated with them, this will literally create a new suburb in Mesa Del Sol over the next 10 years, and it will join the other mastheads on the sort of face of Albuquerque in terms of jobs,” Keller said.

Other major players making their move to the Duke City include Amazon, Netflix, and NBC Universal.

“There is so much going on right now, and so much changing. One thing we are definitely hearing from real estate, residential real estate experts here in town is that the housing market continues to be incredibly hot here. That has been the case even through the pandemic,” said Rachel Sams, editor-in-chief of Albuquerque Business First.

Sams said the housing market is already being impacted by the new jobs from Netflix and others. The pandemic might also be playing a role in population growth.

“Some of the big dense cities around the country have people moving out of them during COVID. Tired of the crowds, tired of the high cost of living. Albuquerque certainly presents an alternative there,” she said.

However, Sams said the post-pandemic economy also presents a double-edged sword. As people move out of big cities, they still want those big-city salaries.

“New Mexico salaries have historically been pretty low compared to a lot of places in the country. And now, suddenly, many employers are competing against employers from all over the country for their talent as people can work remotely,” she said.

Sams said higher wages and better benefits will be the key to the post-pandemic world in New Mexico, but for now—she said the arrival of Amazon, Orion, Netflix and even a Facebook expansion in Los Lunas are positive signals.

“We are seeing more of that than I have seen in my 10 years here, maybe ever, so that’s definitely a step, these jobs that have been announced,” Sams said.

“Some of these announcements are pretty new and some of these will remain to be seen over time. What will the wages be, what will the benefits be, how does that compare to what’s out there? How does that fit into a big picture of how Albuquerque could increase salaries and increase standards of living for folks who live here,” she added. 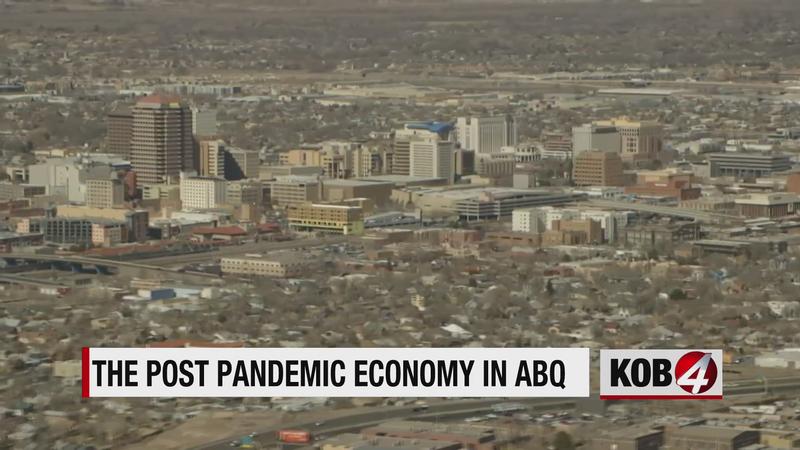