ALBUQUERQUE, N.M. — The Facebook data center in Los Lunas just finished its latest construction project, but the social media giant doesn’t seem to be done with New Mexico yet.

The newest building in the fourth of six buildings Facebook plans to build in Los Lunas. Unlike the first three, the latest addition is not a data hall.

"That building has not yet come online. When it does it will be cold storage, which is essentially like a data attic for storing photos and video,” said Rachel Sams, editor-in-chief of Albuquerque Business First.

“In talking with business people in the village of Los Lunas and local realtors, we definitely are hearing that there is increasing economic activity in Los Lunas as so many construction workers have been on site now and doing that work for a few years now,” Sams said.

Facebook hopes to have the fifth building complete later this year. Construction on the entire planned data center campus is expected to last through 2023.

Recently, Facebook filed an application for more funding with the village of Los Lunas.

“Facebook has confirmed that they have filed a $6.6 billion industrial revenue bond application, which would bring new buildings beyond what was already planned for the site. However, that have said they don’t have any immediate plans to move forward on those new buildings,” Sams said.

The village of Los Lunas voted in January to take the first steps toward helping Facebook with the expansion project by pursuing taxable industrial revenue bonds.

“With the new request, if the new buildings, data center buildings beyond the original plans come online, it looks like that would result in about 30 additional long term jobs and hundreds more construction jobs,” Sams said.

Sams said she’s heard reports of more home buying in Los Lunas. But what would another impact of the data center be?

“They do create a lot of construction jobs because they are long construction projects. But long term, these days it doesn’t take that many people to run the facility,” Sams said.

“The economic benefits that Facebook and village officials in Los Lunas tout tend to have to do with ancillary benefits like more people moving into town and buying homes and more economic activity as spinoffs of Facebook,” she added.

Another possible benefit Sams mentioned is that Facebook’s investment could send a signal to other companies to come to New Mexico.

“People in and outside of New Mexico are looking at those investments and making decisions based on them,” she said. 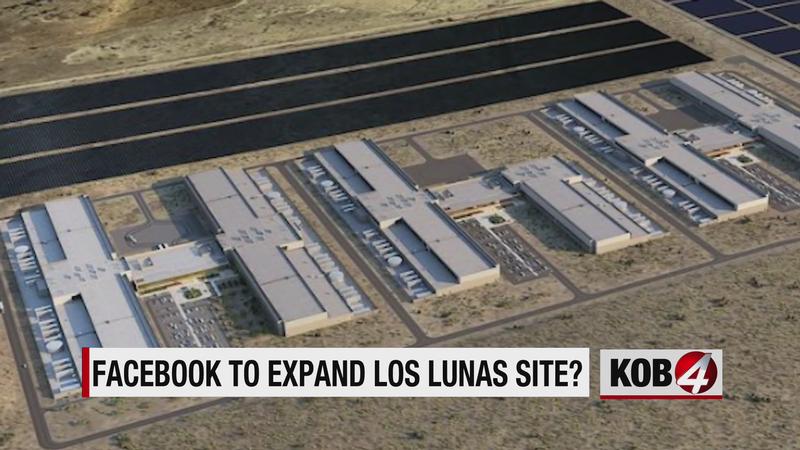