"The real estate market for homes here in Albuquerque has been pretty hot for quite some time,” said Rachel Sams, editor-in-chief of Albuquerque Business First.

“And that has not abated during the COVID pandemic. In fact, it’s gotten even hotter,” she added.

Sams said there were only 600 homes on the market in February, which is less than half of what was available last year. The average price for a home is over $265,000.

"Prices are also going up. Home prices for February were above 15% of what they were a year ago,” she said.

Some of the hottest neighborhoods include Rio Rancho, Los Lunas, and the Mesa Del Sol neighborhood.

So what’s driving this demand? Sams said new jobs are a huge factor.

“The demand for homes related to things like the expansion of the Facebook data center, or the Netflix job commitment that has been announced, or the new jobs coming to the new Amazon fulfillment center,” she said.

However, there could be a downside. For first-time home buyers, the path is only going to get more difficult.

"Albuquerque still has a relatively low cost of housing compared to many cities, but New Mexico also tends to have relatively low salaries in a lot of professions,” she said.

Apartment rents are also going up—but will there be any relief from new homes? Sams said supply should be addressed over time.

"We are seeing more people build new housing than we have in a very long time,” she said. "The question will be how much of that housing can and will be made affordable by the people who are building it."

Sams said more homes should be on the market in a few months when more people start to move out at the end of the school year. For now, it looks like more people are looking to move in. 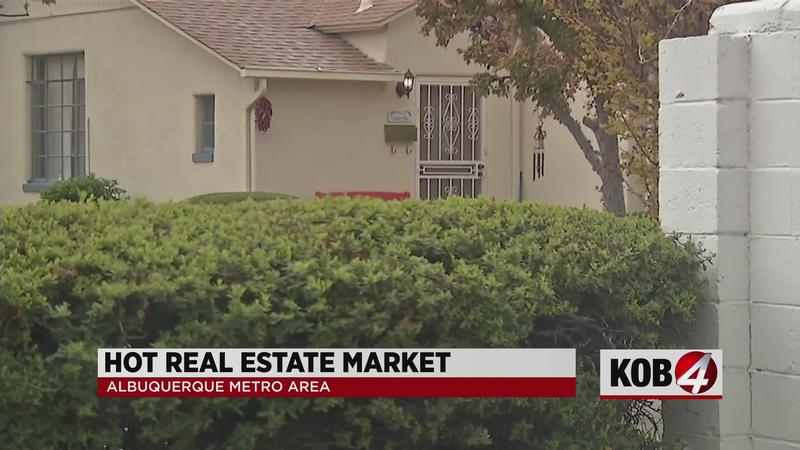