ALBUQUERQUE, N.M. — There’s a lot of excitement surrounding an empty lot near the Albuquerque Sunport which will soon be home to the new Orion Center.

Albuquerque Mayor Tim Keller recently announced that the new company would bring 1,000 jobs to the Duke City and have an economic impact “larger than when Intel first came.”

“Group Orion is part of a Washington D.C. based company called Thea group, which is planning to deploy satellites to gather data,” said Rachel Sams, editor-in-chief of Albuquerque Business First.

Sams said Albuquerque could be seeing four-million square feet of building development. For perspective, that’s larger than one World Trade Center in New York City. It’s projected cost is about $8 billion to $10 billion.

“One date that we have seen in the past for when things might really start to materialize is 2023,” Sams said. “That is a date that Thea group has previously said construction on some key pieces of that project could be completed, and is also a date where they plan to launch of satellites.”

The city’s environment commission has already given the green light, however the project still needs approval from other agencies and regulators.

As far as jobs, Sams looked at the building of the Facebook data center in Los Lunas to compare. Still, it’s hard to liken to the two projects.

“We’re continuing to look into that and investigate whether there are comparable projects that we can look at. We can’t say it’s never been done at this stage, but we are not aware of a lot of things like this in the country for sure,” Sams said.

The project is expected to break ground this year.

To learn more about the Orion project, click here to read an article in Albuquerque Business First. 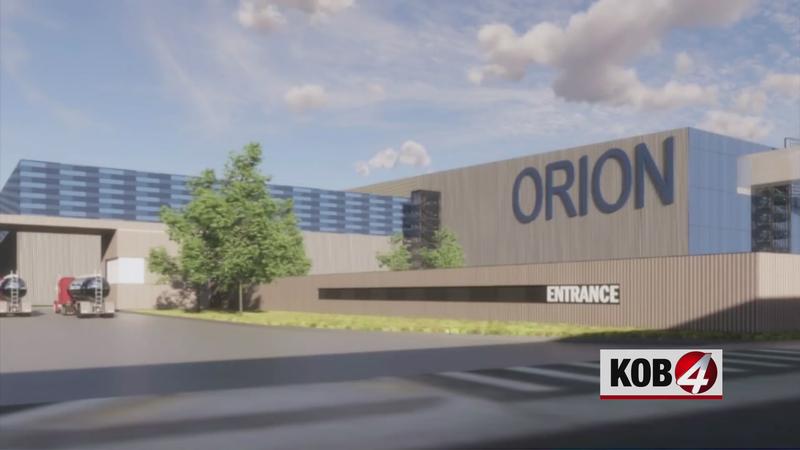