ALBUQUERQUE, N.M. – In December, 4 Investigates looked into an unusual pet adoption at Albuquerque’s Eastside Animal Shelter. A shelter supervisor signed off on a rule-breaking adoption of a female Belgian Malinois – without being spayed – to an Albuquerque Police Department sergeant.

The HEART Ordinance, which stands for Humane and Ethical Animal Rules and Treatment, specifically prohibits adopting out animals that have not been spayed or neutered.

Spurred by the KOB 4 story, Albuquerque’s inspector general opened an investigation, which found that Carolyn Ortega, the director of the Animal Welfare Department, specifically OK’d the adoption and that the decision went against the HEART Ordinance. The department has agreed to educate and retrain all staff regarding both the ordinance and the city employee code of conduct.

"It was not about showing preference. You know, he is an APD officer and he is a city employee," Ortega told 4 Investigates in December, saying the shelter adopted lots of pets to city employees and police officers.

But the inspector general’s report says city employee preference – specifically to an APD police officer – is exactly what the adoption decision reflected.

"If you’re asking, would I do this for somebody else, the answer would be no, I would not," the shelter supervisor told a city inspector.

It does not appear inspectors forwarded a copy of the report to APD. The department did not respond to requests for comment for 4 Investigates’ original story, and department spokespersons were not available Monday afternoon to answer questions about whether police had started their own standards investigation.

In December, the adopter – APD Sgt. Jason Saavedra – told KOB 4 he had not bred the two dogs, nor did he plan to breed them. He told a city inspector the same thing. Ortega said the department will not renew the intact permit for the female dog. Such permits are good for one year.

Notably, the report does not address why Jason Saavedra had a separate intact permit for a male Belgian Malinois under a different Animal Welfare ID.

Ortega said in December that the existence of a second person ID for Saavedra in Animal Welfare’s computer system and an intact permit in that account for a male animal of the same breed made her feel uncomfortable about her decision to allow what she called a “unique” adoption.

"That…that does bother me. I didn’t…I didn’t know that until…until after the fact," Ortega said.

The city report also investigates a number of other complaints from an anonymous tipster that were not in the original KOB 4 story. 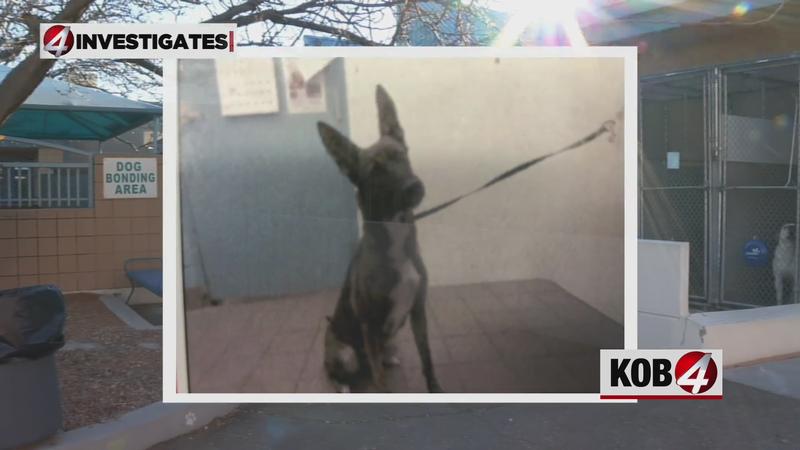