ALBUQUERQUE, N.M. – In 2015, road rage turned deadly when 4-year-old Lilly Garcia was shot and killed along I-40. Back then, the community vowed to do something about it.

But a mother in the southwest Albuquerque said her family was shot at for no reason.

“It went in through the front and it came out right here,” she said, pointing at her tire. “This is where it hit on the tire on my son’s side. My son was sitting in the passenger seat.”

Her two kids, 11 and 5, were sitting in the car. The family was headed to the state fair Wednesday.

They were in the area on Sunset near Bridge when that mom said she noticed the driver in front of her acting strange.

“He shot three times at my vehicle,” said the mother, who did not want to be identified.

She said there was no interaction, just gunshots. The man shot her tire, bumper and radiator, thankfully missing her two young kids.

But the damage goes far beyond her car.

“They have nightmares every night since it’s happened. We haven’t been able to leave the house,” she said.

They’ve started a GoFundMe to try and get this single mom back on the road. But right now she can’t even get her car out of the garage. What’s worse, that man is still out there.

“I’m very afraid that he’s out here. And if he could do that just to do that, I would hate for anyone to have an incident with him and him get really angry,” she said.

Now she’s reminding others to be extra cautious on Albuquerque streets.

“Just be careful, and always be alert. If you notice someone driving weird I suggest driving down a different road,” she said.

She did not want to be identified for her safety. She said she reported the shooting to the sheriff’s office.

KOB 4 reached out to BCSO for information on this case, but did not hear back. 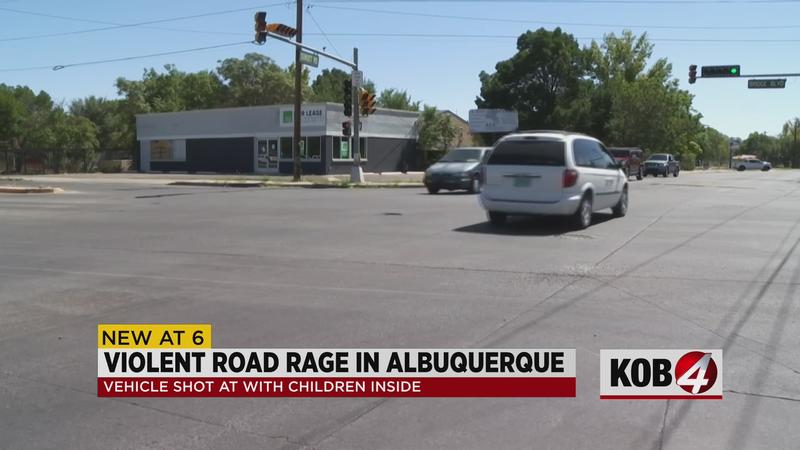